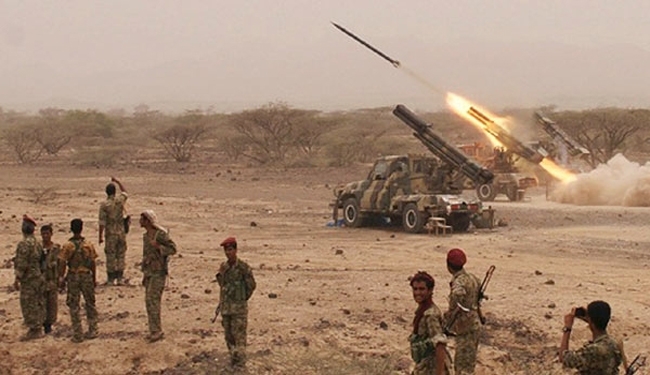 Army and popular Committees repel creep of the hypocrites of the Saudi aggression toward Yam region directorate of Niham , northeast of the capital Sanaa.

A military source said , the Yemeni army forces and the popular committees repel crawl for hypocrites of the aggression, and adding, that the enemy losses heavy equipment .

A military source said , refraction creep of hypocrites aggression on the directorate of Niham in Yam area

warplanes of the aggression waged raids in Usylan , Shbwah and raid in Al Hodidah province