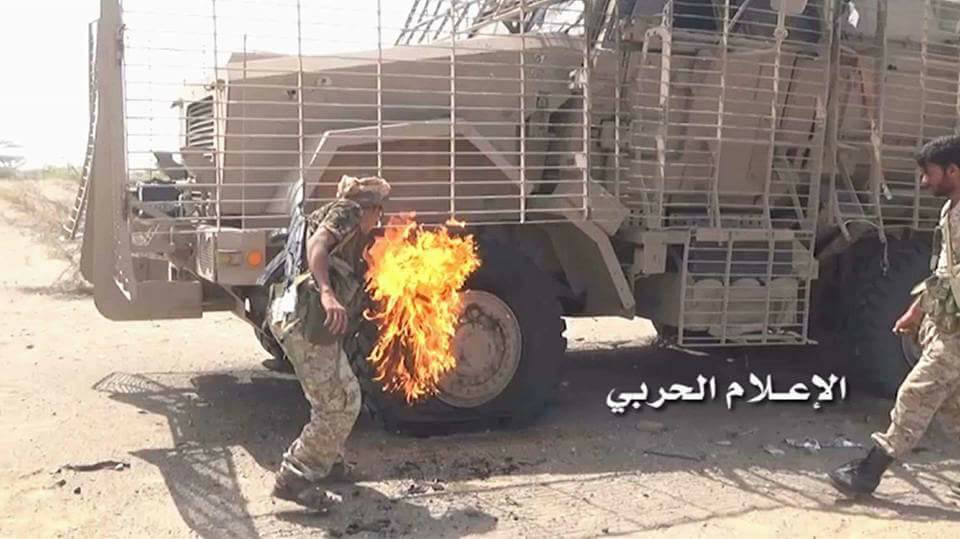 Army and popular committees targeted the mercenaries in Taiz , Marib and Niham .

The army and popular committees  destroyed four military vehicles for the hypocrites of aggression , and they killed number of them and wounded others in Taiz province.

In Taiz , army and popular committees repel creep for the aggression mercenaries on Al Dulah mountains and on the series of Yam Mountains in the directorate of Niham and casualties in their ranks.

The military source said to ” Yamanyoon ” , dozens of mercenaries were killed and injured others when they tried to creep toward the sites .

#Al Jouf : Targeting mechanism loaded with a number of mercenaries in directorate of Al Ghayl and killed all of them