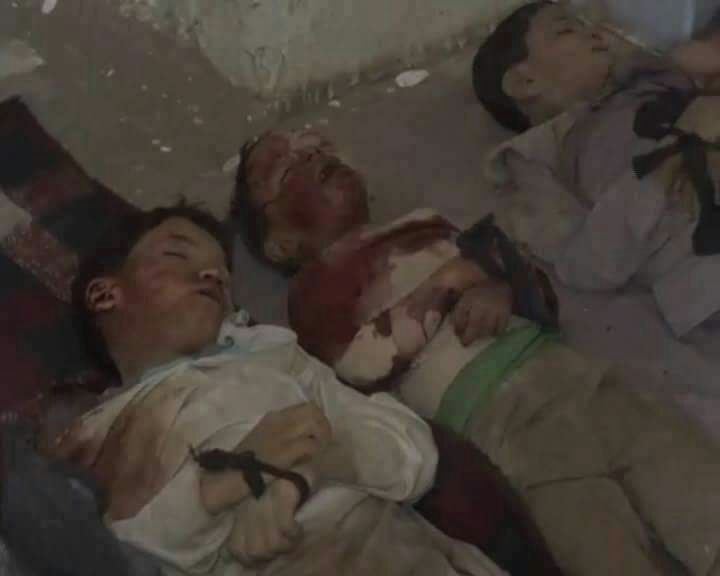 The brutal warplanes of the US_Saudi alliance launched raids in Munqaba district of Taiz, the raids targeted citizen’ home and killed at least ten most of them were women.

The warplanes waged others raids at the Palmers , a local source said .

The aggression warplanes targeted the southern area of Khaled camp distributor and caused considerable damage in the citizens properties.

Warplanes killing more than Ten of Citizens in Taiz