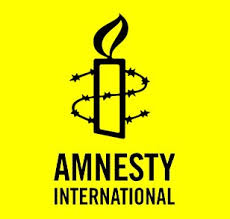 Amnesty International said a bomb used by the Saudi regime in a fatal airstrike on an apartment building in the Yemeni capital, Sana’a, in August was made in the United States.

The strike on August 25 destroyed the building and left 16 civilians dead and 17 others injured, including a five-year-old girl called Buthaina al-Rimi, who was orphaned after her parents and five siblings as well as her uncle were killed. Her photograph went viral afterward, drawing sympathy, presstv reported.

After an examination of the remnants of the weapon used in the aerial attack, Amnesty found that the bomb had been made in the US.

“We can now conclusively say that the bomb that killed Buthaina’s parents and siblings, and other civilians, was made in the USA,” Lynn Maalouf, Amnesty International’s Middle East research director, said on Friday.

The so-called coalition led by Saudi Arabia against Yemen admitted conducting the air raid, blaming civilian deaths on a “technical error.” The UK-based rights body described as shameful the continued military support provided by the United States and Britain for the Saudi campaign “instead of holding the coalition accountable for their actions in Yemen.”

“There simply is no explanation the USA or other countries such as the UK and France can give to justify the continued flow of weapons to the Saudi Arabia-led coalition for use in the conflict in Yemen. It has time and time again committed serious violations of international law, including war crimes, over the past 30 months, with devastating consequences for the civilian population,” Maalouf added.

Amnesty urged an independent international inquiry into the Saudi campaign, citing “the coalition’s complete disregard for civilian lives, as well as their lack of commitment to effective investigations.”

The United States and Britain have been often denounced over weapons transfers to Saudi Arabia and subsequently fueling human rights violations and war crimes in Yemen.

Saudi Arabia has been striking Yemen since March 2015 to restore power to fugitive president Mansour Hadi, a close ally of Riyadh. The Saudi-led aggression has so far killed at least 14,300 Yemenis, including hundreds of women and children.

Despite Riyadh’s claims that it is bombing the positions of the Ansarullah fighters, Saudi bombers are flattening residential areas and civilian infrastructures.

According to several reports, the Saudi-led air campaign against Yemen has drove the impoverished country towards humanitarian disaster, as Saudi Arabia’s deadly campaign prevented the patients from travelling abroad for treatment and blocked the entry of medicine into the war-torn country.

The cholera outbreak in Yemen which began in April, has also claimed 2,000 lives and has infected 500,000, as the nation has been suffering from what the World Health Organization (WHO) describes as the “largest epidemic in the world” amid a non-stop bombing campaign led by Saudi Arabia. Also Riyadh’s deadly campaign prevented the patients from traveling abroad for treatment and blocked the entry of medicine into the war-torn country.

According to reports, the cholera epidemic in Yemen, which is the subject of a Saudi Arabian war and total embargo, is the largest recorded in modern history.