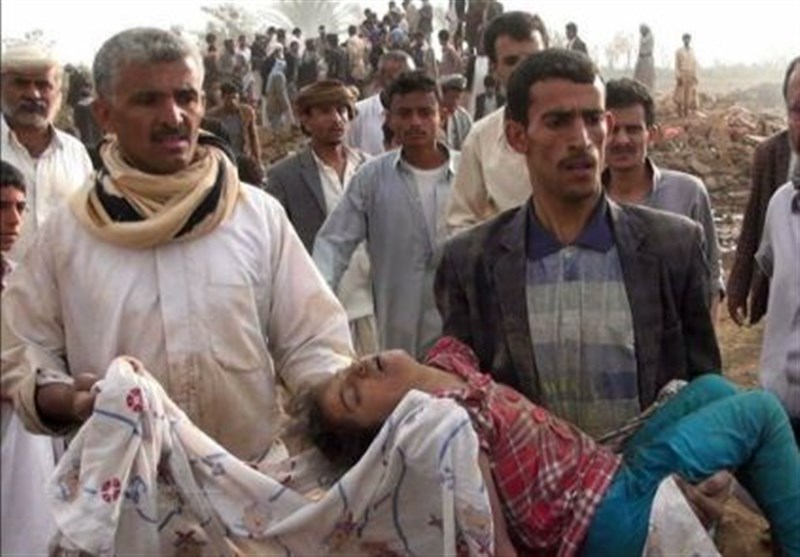 Yamanyoon- 2 Nov 2017- The political bureau of Yemen’s Houthi Ansarullah movement in a statement criticized the international community’s silence on the Saudi-led coalition’s crimes in Yemen.

It condemned the coalition’s crimes in different parts of Yemen, including the recent brutal attack on Alaf market at Sahar district in the province of Sa’ada.

“These crimes and killings show the bankruptcy and heavy defeat of the Saudi-led coalition” and demoralization of its leaders, it added.

The statement urged the Yemeni army and the Popular Committees to show a legitimate reaction to the brutal attacks and asked the Yemeni nation to go to the battle fields in large numbers and get prepared for defending the country against the barbaric aggression.

Yemen’s defenseless people have been under massive attacks by the coalition for more than two and half years but Riyadh has reached none of its objectives in Yemen so far.

Since March 2015, Saudi Arabia and some of its Arab allies have been carrying out deadly airstrikes against the Houthi Ansarullah movement in an attempt to restore power to fugitive former president Abdrabbuh Mansour Hadi, an ally of Riyadh.

Over 12,000 Yemenis, including thousands of women and children, have lost their lives in the deadly military campaign.