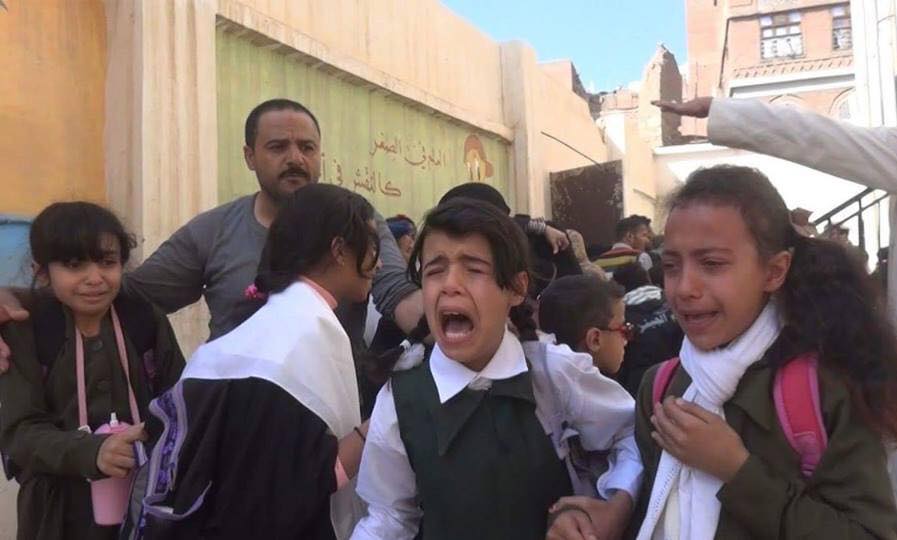 Letter from Yemen’s capital: I heard a huge explosion near our home

A Saudi-led coalition began bombing Yemen more than 940 days ago. I thought I might get used to the sound of jets roaring overhead day and night.

The truth is, my wife and I relive the terror each time we hear those jets.

Yemen has been devastated by the Saudi aggression war that began in 2015. on the other hand, the ousted government in exile, which is backed by Saudi Arabia controls only parts of the south. Radical Islamists control much of what is in between. Thousands of people have been killed, including many women and children.

They struck the Central Security Headquarters, which is about 200 meters from our home. Then the bombing became much worse.

It was around 7:40 p.m. on Nov. 6. My wife and our 1-year-old son, Khaled, were playing in the living room on the second floor of our home. I was out in the streets when I heard a huge explosion. I knew it was near our home. I rushed back to find my wife holding our son and hiding under the dining table. Khaled was crying. I crouched under the table and hugged them both. At that moment, I felt my heart tear into pieces, not knowing what to do to make my son’s fears go away.

A few minutes later, we heard the trembling sound of a missile flying over our heads before it struck and shook the ground, shattering the windows on top of us. Then a third strike, and a fourth. There is nothing worse than feeling helpless as you see your loved ones terrified and frightened. No child should have to live with such turmoil.

After the attacks stopped, my wife put our exhausted son to bed. I started picking up the broken glass and covering the windows with plastic to stop the cold from coming in. I stayed up that night worrying what the coming days would hold for us.

The next morning, I saw drivers waiting in long lines at gas stations. On other streets, people filled containers with cooking gas.

Prices at grocery stores have gone up. Usually, those who can afford it rush to buy large quantities of food to prepare for the next crisis. This time, however, many people have been unable to shop because they haven’t been paid in almost a year.

Saudi Arabia announced last week that it was temporarily closing all of Yemen’s ground, sea and air ports in retaliation for the missile strike near Riyadh, though it said it had reopened two ports in Hadi government-held areas days later.  Most Yemenis are deeply concerned that they won’t have access to medicine and even basic food in coming months. A fuel crisis has started again, and prices of everything will soon rise even higher.

You can see the worry and uncertainty on the faces of people in the street. We are back to square one, but it is much darker now.

Any blink of hope that our suffering will soon be over has gone with the wind.

Israeli Analyst: Saudi Arabia Is Opening a New Front Against Iran, and Wants Israel to Do Its Dirty Work