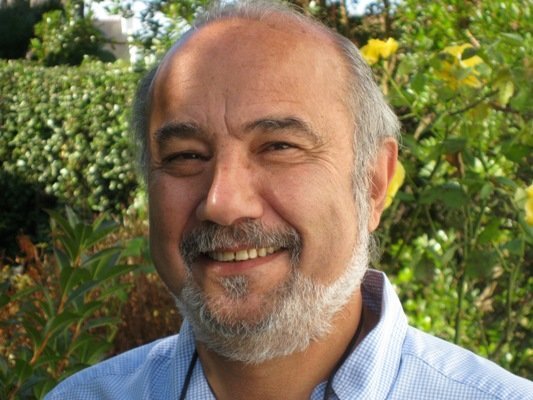 Saudi discrimination against everything Iranian and Shia is so broad that it has even appeared in my own life. Am I upset? Yes, but more importantly I feel sad for the Middle East and for all Muslims. If I feel upset over something inconsequential, imagine how Shia Muslims feel in Saudi Arabia, in Bahrain and in Yemen as they face Saudi oppression or bombs day in and day out with the Trump administration’s blessing. Sometimes personal experiences shine a ray of light on issues that experts may miss.

Let’s begin with my experience. In April of this year, the Islamic Development Bank engaged me as the technical advisor/editor on a report on Islamic finance, a flagship annual publication that they produce in conjunction with the World Bank. After I had completed my assignment, I was informed on October 24 that the payment for my services was wired to my bank account in the United States and that I should receive notification in two days or so. After a week, I contacted them because I had not received a notification. As with any bureaucracy, they informed me that they would look into it. Another week went by and still nothing. I wrote again to a different person in the organization. The reply was that someone else was instructed to investigate. On November 11, I wrote again, questioning the veracity of their usual words, “we will look into it.” Then on November 12, I received an email that the problematic issue was my place of birth—Iran! Of course, I was upset and when I said so, the IDB changed its story, namely it was my U.S. bank that would not accept the wire! For an organization that purports to be the development bank for all Muslim countries to take such a stand and be so tainted by Saudi Arabia’s discriminatory and divisive preoccupations is to me nothing short of outrageous. How could anyone endorse such an institution, much less work with or for it and live in Saudi Arabia? If one is associated with an organization such as this, one is complicit in its policies and actions. Saudi Arabia so dominates the IDB that the institution should be more appropriately renamed the Saudi-Sunni Development Bank.

The reason to bring up my inconsequential experience is to shine a ray of light on the depth of Al-Saud obsession and hatred for Iran and how this could blow up the Middle East unless all participants take a deep breath and come to their senses to reach a broad accord for regional peace.

It is well known that Saudi Arabia, now in the person of Mohammad bin Salman, is convinced that Iran poses an existential threat to the House of Saud. The Al-Saud tribe is so determined to confront and oppose anything that has even a shred of connection to Iran that employees interfere with a small wire to an irrelevant American citizen born in Iran over 70 years ago.

But when it comes to threats they consider existential, the Al-Saud tribe will spend unlimited funds to confront anything that has a shred of connection to Iran. As they see the United States a pillar of their rule, they have and will continue to spend hundreds of billions of dollars for: (i) the purchase of U.S. arms; (ii) lucrative advisory/consulting contracts for senior former U.S. government officials (cabinet members, generals and admirals and members of Congress); (iii) donations to the foundations/universities of current and former senior government officials; (iv) Saudi or Arab-U.S. councils and roundtables; (v) universities with Saudi/Arab endowed chairs and programs; and (vi) implicit, or even explicit, promises of contracts to serving senior U.S. officials when they leave office. Besides their U.S. expenditures, the Al-Saud tribe bribes sitting heads of state in Muslim countries and funds any anti-Shia and anti-Iran faction around the world. And of course their financing of radical Muslims in madrassas and in mosques around the world is well-known territory. Before the 2016 elections, the U.S. was open for business, now the U.S. is open for sale and much more to Al-Saud liking as their goal is to drag the U.S. into a war with Iran.

Why all this is ever more dangerous for the world is simple. Besides the ongoing surrogate wars in Syria and Yemen, the historic conflicts in Bahrain and Lebanon may erupt out of control, a new active front may soon open up in Afghanistan (where Iran has largely supported U.S. efforts) between the Taliban and the Hazara, or Shia, resulting in Iran and Iraq joining forces to expel the U.S. from Iraq and face the Saudi-Sunni onslaught everywhere from Afghanistan to the Persian Gulf to the Mediterranean and in the process go face to face with the Al-Sauds and their backers including Israel.

The paramount ambition of the U.S., Saudi Arabia and Israel to weaken and to impose regime change in Iran has ironically become the impetus for reaching a Palestinian-Israeli peace accord, under development by three orthodox Jews and a Coptic Christian as Muslim participation is irrelevant to Mr. Trump. The Al-Sauds would happily forsake their Arab and Muslim brethren if the U.S. and Israel take on Iran, dethrone Bashar Al-Assad and annihilate Hezbollah, even if sparks a new frontier of conflicts and further inflames the Sunni-Shia divide.

While some in the U.S. may look at such a possibility with glee, they should think twice about what they seek. Looking at this possibility and Trump’s desire to support Saudi and Israeli wishes by abrogating the nuclear accord, Iran would be well advised to (i) rapidly build up its military, (ii) expand and cement its relations with Iraq, (iii) further strengthen Hezbollah, (iv) energize its supporters in Afghanistan, (v) quietly reach out to dissidents within the large Al-Saud tribe, (vi) be ready, at a moments notice, with a propaganda plan when the U.S. breaks the nuclear treaty in any indisputable way, no matter how small, to resume at hyper speed its nuclear program, and (vii) oppose every Saudi aggression against its allies and Muslims. In other words, Iran should (as the Trump advocates) stand with its allies and be strong and prepared as the best way to avoid war.