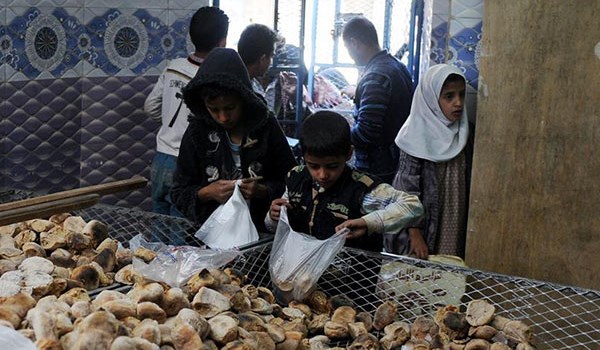 A former Tory cabinet minister accused the UK of being “dangerously complicit” in a Saudi policy toward Yemen that is “directly promoting a famine and the collective punishment of an entire population”.

The former international development secretary, Andrew Mitchell said Britain’s engagement in conflict was “doomed to strategic failure”. He warned of a humanitarian catastrophe “the likes of which we have not seen in decades”, Guardian reported.

A Saudi-led coalition has conducted bombing missions in Yemen with arms and military support from the US, UK and other countries. Mitchell, who has visited Yemen, claimed Saudi Arabian policy violated international law.

The British government insists it is pressing Saudi Arabia to lift the restrictions and negotiate a new inspections regime.

Mitchell’s intervention came as UN humanitarian agencies in Yemen pleaded with Saudi Arabia to permit the delivery of two urgently needed shipments of medicine and food aid blocked outside the port of Hodeidah, warning that a 15-day Saudi-imposed blockade was endangering tens of thousands of lives.

Jamie McGoldrick, the UN humanitarian coordinator for Yemen, said: “The position is very precarious. One of the aid shipments contains medicine to combat the cholera outbreak, and the other urgently needed food aid including grains and rice.”

Saudi Arabia imposed a blockade on all ports in Yemen in response to a missile attack on Riyadh, fired by Yemeni forces. It has repeatedly claimed that humanitarian aid shipments are being used to smuggle arms, ammunition and missile parts into Yemen and has demanded that inspection systems at the ports are tightened, with greater Saudi oversight.

But McGoldrick insisted there was no evidence of arms smuggling. “There is no case when a humanitarian shipment or cargo has been found to have anything on board but humanitarian aid,” he said. “The same goes for UN flights.”

He urged Saudi Arabia to lift the blockade on humanitarian aid immediately. “We are saying to the Saudis, if you have concerns about commercial shipments, separate that from humanitarian aid. Don’t have a blanket ban in these ports.”

António Guterres, the UN secretary general, has sent officials to Riyadh to urge the Saudi government to lift the blockade for humanitarian aid, but as yet no progress has been made.

After international pressure, Riyadh lifted the blockade on Southern ports, but retained the embargo on all Ansarullah-controlled ports in Northern Yemen, including Hodeidah, through which 70% of aid has been transported.

The blockade has already sent fuel prices skyrocketing, while the cost of cooking gas has risen by as much as 40%. The lack of pumping stations now means clean water is absent in five major cities, including Sana’a, Al Bayda, Sa’dah, Taiz and Hodeidah.

McGoldrick said: “There is a diphtheria outbreak in the Southern part of the country. Many have died already and many more are going to die soon unless we get them vaccinated completely. It is not looking very hopeful.”