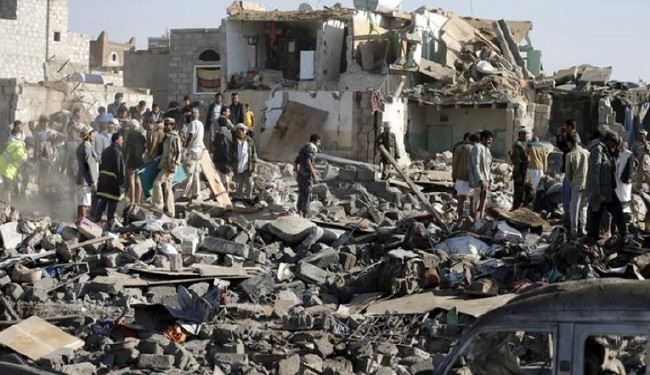 The UN said that despite calls for a humanitarian ceasefire in Yemen, Saudi Arabia continues to bomb the capital Sana’a.

He added that Saudi Arabia had bombed the capital over 25 times in less than 24 hours, adding that some of the strikes had hit close to the UN’s compound in the city.

Dujarric added that UN food supplies in Yemen were running out, and that seven vessels carrying food requirements are blocked by Saudi-led coalition from entering Hudaidah and Salif ports.

Meanwhile, the UN Security Council also stressed that humanitarian situation in the country was “dire,” and that the country “stands at the brink of catastrophic famine.”

The spike of airstrikes seems to be related to the death of former Yemeni president, Ali Abdullah Saleh, was killed on Monday while attempting to escape Sana’a to Ma’arab Province. This came shortly after he broke ranks with the Yemeni Ansarullah movement in favor of the Saudi-led military coalition, which has been pounding Yemen to reinstall its former Riyadh-allied government.

More than 15,000 people have been killed since the onset of Saudi Arabia’s deadly campaign against Yemen in March 2015. Much of the Arabian Peninsula country’s infrastructure, including hospitals, schools and factories, has been reduced to rubble due to the war.