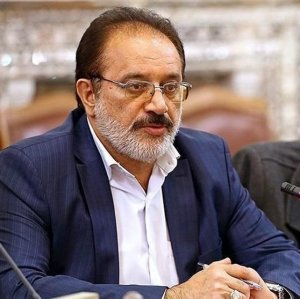 Hassanbeigi, a member of Majlis National Security and Foreign Policy Commission, made the statement in reference to recent clashes between Houthi fighters and forces loyal to Saleh, which culminated into his death last Monday, ICANA reported.

“Even tribes affiliated with Ali Abdullah Saleh had expressed their aversion to his actions before his death,” the lawmaker told in a recent talk.

“A plot had been designed to stage a coup against the Yemeni nation and the [Houthi] Ansarullah movement. As a result of the US pressure on the Saudis after their defeats in Iraq, Lebanon and Syria, it was agreed that Saleh would carry out the coup.”

Commenting on Saleh’s decision to ally himself with Saudi Arabia, the parliamentarian said, “At first, he wasn’t ready [for the coup], but pressures from the US and Saudis compelled him to try to mount the coup as soon as possible, however Yemeni people neutralized the plot in the initial stages.”

Saleh, who had joined forces with the Houthis to defend Yemen against the Saudi invasion, announced days before his death that he was ready for a “new page” in relations with the Saudi-led coalition that launched a military intervention in Yemen in 2015 to restore the fugitive president, Abd-Rabbu Mansur Hadi, to power.

“I call upon the brothers in neighboring states and the alliance to stop their aggression, lift the siege, open the airports and allow food aid and the saving of the wounded and we will turn a new page by virtue of our neighborliness,” Saleh said in a televised speech.

Soon after the announcement, forces loyal to Saleh engaged in intense fighting with Houthi fighters in Sanaa.

Saudi war on Yemen was planned in Washington: Journalist