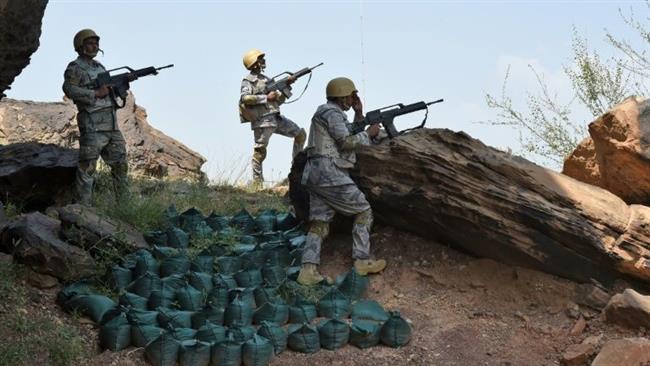 Additionally, Yemeni army forces and their allies lobbed a total of 293 homemade and tactical rockets at the gatherings of Saudi soldiers and their mercenaries throughout last year.

At least 13,600 people have been killed since the onset of Saudi Arabia’s military campaign against Yemen in 2015. Much of the Arabian Peninsula country’s infrastructure, including hospitals, schools and factories, has been reduced to rubble due to the war.

The Saudi aggression war has also triggered a deadly cholera epidemic across Yemen.

According to the World Health Organization’s latest tally, the cholera outbreak has killed 2,167 people since the end of April and is suspected to have infected 841,906.

On November 26, the United Nations children’s agency (UNICEF) said that more than 11 million children in Yemen were in acute need of aid, stressing that it was estimated that every 10 minutes a child died of a preventable disease there.

Additionally, the UN has described the current level of hunger in Yemen as “unprecedented,” emphasizing that 17 million people are now food insecure in the country.