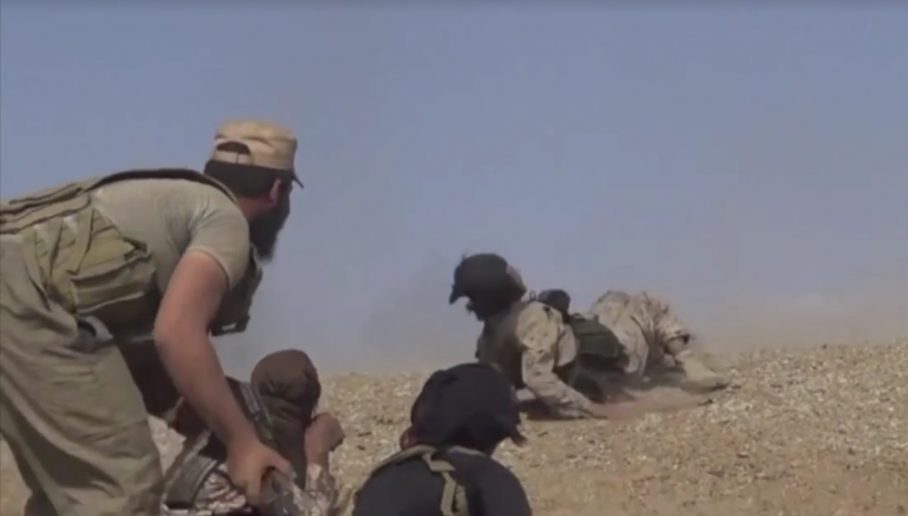 The month of January in 2018 has proven to be a brutal start to the new year for Daesh, following straight after the great military disasters and territorial losses suffered by the terrorist group during 2017 across Iraq and Syria.

On both sides of the Euphrates River in the first month of 2018, losses endured by Daesh during a number of battles against Syrian pro-government forces as well as US-led forces have all added up to sum of about four hundred fighters killed in action.

Interestingly enough, unlike 2017 where Syrian pro-government forces dealt out most of the death to Daesh during major offensive operations throughout Aleppo, Homs, Raqqa and Deir Ezzor provinces, the emerging trend in 2018 is witnessing US-backed forces now deliver the greatest blow to the terrorist faction’s ranks.

This is mostly due to strategic circumstance, namely the fact that the largest and most active Daesh bastion in east Syria – about 3,000 militants strong (some sources say 4,000) – is situated on the east shore of the Euphrates River where US-led Arab and Kurdish paramilitary groups exclusively operate.

To this effect, about one hundred Daesh militants have been killed by the Syrian Arab Army and allied paramilitaries during desperate assaults (all of which have failed) aimed at overrunning  government-held towns and villages on the western Euphrates bank as well as during daily skirmishes.

On the eastern shore of the river, all-out war has been ranging. Here, major battles for a number of key towns and villages (namely Gharanij, Al-Bahrah and Haijin) between Daesh terrorists and US-backed forces have seen the terrorist group lose at least 300 dead.