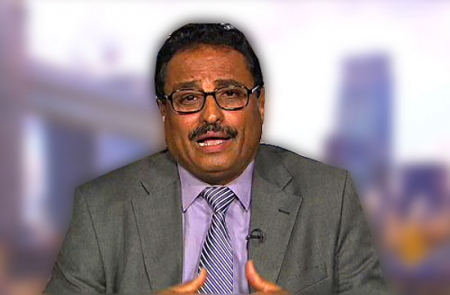 The governor of Shabwa province, Ali bin Rashid al-Harthi, appointed by exiled resigned Riyadh- based President Abdurbo Mansour Hadi, called on Coalition leadership to set up an investigation committee to investigate personal accusations against him by Hadi’s transport minister Saleh al-Jubwani, according to a source reported to Yamanyoon.

The document was officially sent to resigned Riyadh- based President Hadi.

In an earlier time, the militants of what so-called Shabwani elite forces stopped the minister’s convoy and detained him along with Shabwa governor Saleh al-Jubwani, while they were going to put a foundation stone for Qena port, not allowing them to return to Ataqa city of the province.