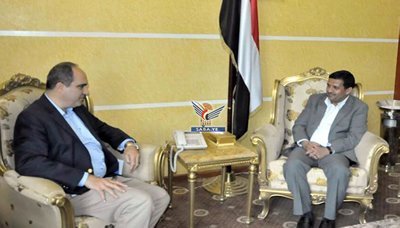 The Deputy Foreign Minister Hussein al-Azzi on Wednesday met with Director of the UN Mr. George Khoury, to build a Coordination between the two officials about the Humanitarian Affairs in the capital Sana’a.

During the meeting, the officials reviewed the 2018 Humanitarian Response Plan which will include the help of the government to ensure that the humanitarian aids will fill the required need of the poor people within Sana’a. starvation vastly increased due to the blockade and economic war of the US Saudi-led aggression coalition that has affected all aspects of the oppressed Yemeni people.