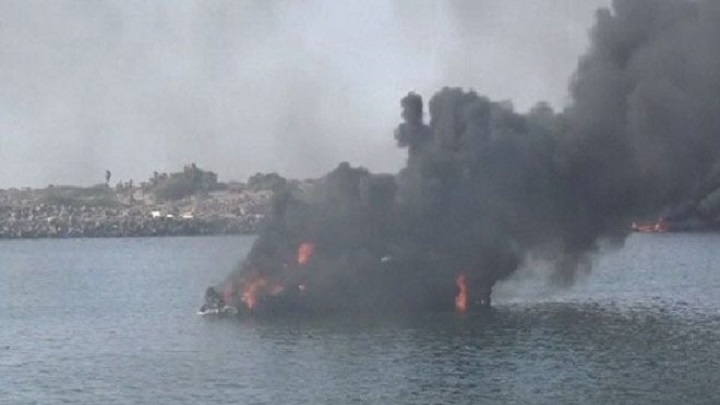 On Friday evening, the Saudi-led coalition jets targeted a fishermen’s center by several raids in the Al-Arj, district of Baajal in the coastal province of Hodeida, which resulted to the destruction of several boats.

Four raids were carried out on the fishing center in Al-Arj, district of Baajal, which led to the destruction of several boats belonging to fishermen and caused extensive destruction in the center, a source reported to Yamanyoon.

In a preset time, the Saudi-UAE coalition committed two crimes against civilians in the province of Hodeida, in which a number of civilians were killed and wounded in the districts of Tahita and Zubaid.

The coalition warships and jets purposely target Yemeni fishermen, killing and injuring many of them, many of whom left the fishing profession as a result of the direct and deliberate targeting of the aggressive coalition.

A Woman and a Child Wounded by Saudi-Paid Soldiers’ Gunfire