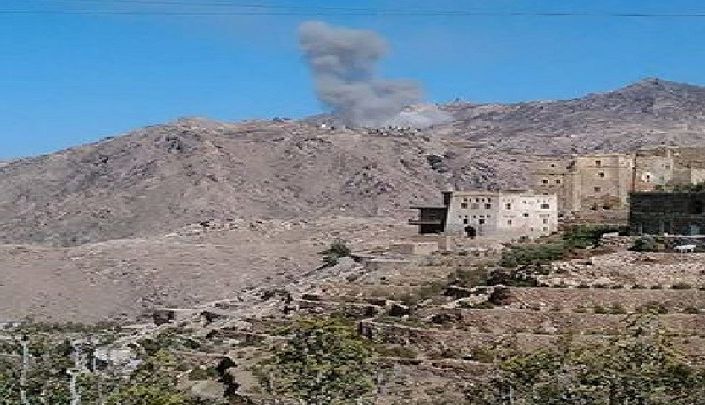 Two Yemenis Injured by Saudi Bombing in Saada and Nehm

A man and a woman were wounded on Tuesday after aggressive Saudi bombardment took place in Saada and Nehm.

Saudi artillery and rocket attacks targeted villages in the border district of Saada.

A woman was also injured while a house and car were destroyed after a Saudi-US raid targeted the district of Nehm, northeast of Sana’a governorate.

On Sunday, 11 people were killed and 11 others were wounded as a result of an airstrike that targeted a ceremony wedding in the area of Ghafra, district of al-Zaher, Saada province.

In a preset time, a woman on Tuesday was killed as a result of an aerial air raid on a house in al-Nahshawa in Haidan district within Saada.

The Saudi aggression committed another massacre in the province of Hajjah, northern the country, where three citizens were killed and two others were injured after a raid by an unmanned aircraft vehicle belonging to the Saudi-led aggression, which targeted a civilian’s farm in the district of Hiran.

This comes in the context of the almost daily crimes committed by the Saudi-American aggression against the Yemeni people for more than three years in various Yemeni governorates.