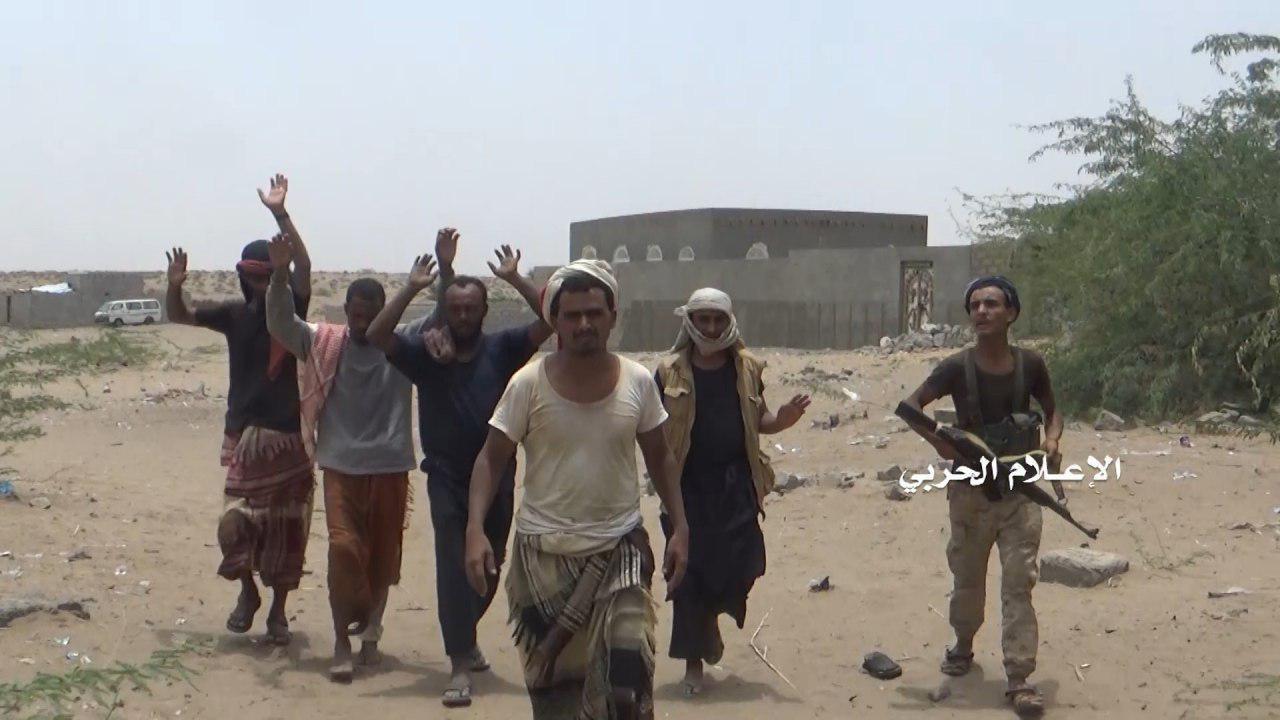 Watch: UAE-Saudi Militias Hand Themselves to the Yemeni Army in the West Coast

The Yemeni army with the support of Yemeni tribes and Ansarullah (Houthis), managed to surround hundreds of Saudi-UAE mercenaries in the West Coast front, the port city of Hodeidah, forcing them to turn themselves in.

The Video below shows footage of some of the Saudi militias captured in the operation that was taken by the Yemeni army, where they knew that if they did not surrender, they will face death like their colleagues.

In the video, the Yemeni army and Ansarullah (Houthis) are reassuring the captured mercenaries, where some of their sayings were ”surrender yourself and you will find dignity and live happily”, ”No one will hurt you or do anything to you”, ”We will treat you in the best way we can”, ”We will help you and take good care of you”, ” You are my brother and you are like me”.

A Daily Update of Saudi Bloody Crimes Against Yemenis (August.7.2018)