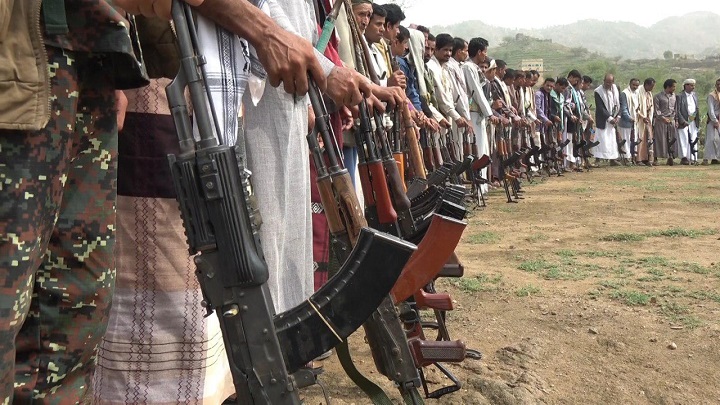 Sheikhs, dignitaries and people of Khawlan, district of Hajjah, gathered to protest and condemn the crimes of the Saudi-led aggression, the last of which was the crime of targeting the students of the summer camp in Dahyan.

Participants stressed that the crimes of the Saudi aggression, latest of which the crime of Dahyan will not break their determination to confront the Saudi-led aggression.

In the end, the participants announced the general mobilization towards the fronts to take revenge on the children and defend the religion and homeland from the invaders and mercenaries.

Many Events in the Capital Sana’a, Other Regions, to Condemn the Saudi Crime Against the Children of Dahyan