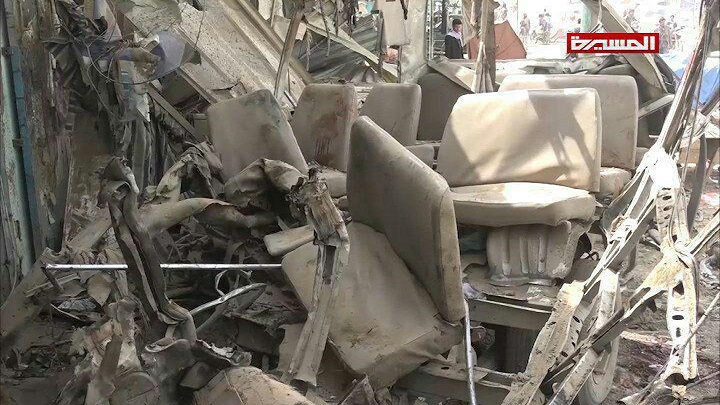 The province of Ibb witnessed a protest on Sunday in which hundreds of children participated in, condemning the crime committed by the aggression against children in Dahyan, Saada last Thursday.

Many official figures participated, including the deputy Governor of Ibb Sadiq Hamza, to denounce this terrible massacre, which is considered a war crime that should be added to the criminal record of the Saudi aggression against the Yemeni people, especially Yemeni children and women.

The statement condemned the silence of international organizations on this crime and all previous crimes committed by Saudi aggression against the people of Yemen for nearly four years now, stressing that the blood of children and killed will not go unpunished.

People of Rima Gather to Protest Against Saudi Crimes