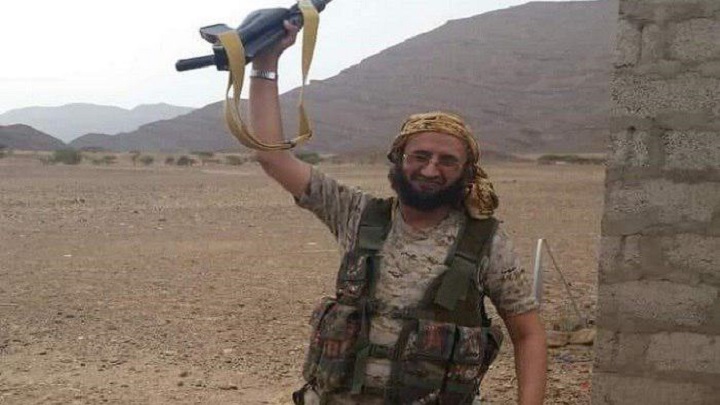 The so-called al-Qaeda commander, Ghaleb al-Zaidi, was killed in Marib on Saturday with dozens of mercenaries in the ranks of the Saudi-led coalition and “al-Qaeda” during the break of their attack in Marib.

The Ministry of Defense confirmed the death and injury of dozens of mercenaries of the aggression and al-Qaeda, including the al-Qaeda chief commander called Ghalib Zaidi during the break of their attack in the district of Sarawah in Marib governorate.

The ministry pointed out that the rest of the Saudi-ISIS militants escaped away, leaving the bodies of their dead comrades in the field in Sarawah, including the body of Ghaleb Zaidi, saying that Ghaleb Zaidi is one of the leaders who run “al-Qaeda” in Yemen and involved in dozens of criminal operations.

A few days ago the Associated Press published a report containing documents which prove that the Saudi-led aggression deals and works with the so-called al-Qaeda against the Yemeni army and the popular committees, where it also pays such groups to withdraw from the cities.