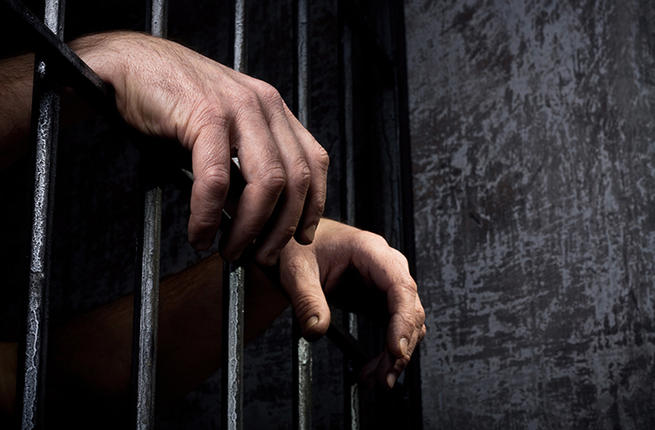 A resident from the occupied southern coastal city of Aden committed suicide on Tuesday in a prison in Bir Ahmed, which is run by the United Arab Emirates, after refusing to release him under orders from of the prosecution.

According to informed sources, the young prisoner Mohammed Abdullah Hassan, nicknamed “Cobra” died at nine o’clock on Monday by suicide after taking large doses of heart drugs and sedatives.

The sources also pointed out that the suicide prisoner Mohammed Hassan is from Sheikh Osman area in Aden and had been at a UAE-run jail for 11 months, where he was subjected to the worst kinds of torture.

He was supposed to be released among those who were released, but the prison administration affiliated with Abu Dhabi refused that.

A report from United nations Experts revealed that sexual violence was carried out with different ways, in addition to the fact that the conditions of the detainees in the detention centers were terrible, and that the rape cases were also occurring by the security forces in the sight of other detainees, including members of the detainee’s family and the guards.

The OHCHR report said women were forced to submit to rape or suicide and who refused were beaten, shot or killed, as well as threats were made to the security of their families and social surroundings.

Earlier this month, Qatar’s Al-Jazeera TV channel reported the details of a secret report obtained and prepared by military figures who worked with the Saudi-UAE Aggression Coalition in Yemen on the conditions of prisons, secret detention centers and forced disappearances in 27 old and new prisons in Aden, Hadhramout, Socotra and Mioun, in addition to a prison located in Eritrea where the UAE has a military base there.

The report lists the types of physical and psychological torture in UAE-run prisons, including rape with tools or sticks or directly through individuals, electrocution in the chest, armpits and male organs, as well as being whipped with sticks and cables.

The report reinforces what the Associated Press reported last June of sexual torture and humiliation by Emirati officers and their agents against hundreds of detainees in five jails in Aden.

The agency likened torture and humiliation to the Abu Ghraib prison in Iraq during the US occupation.