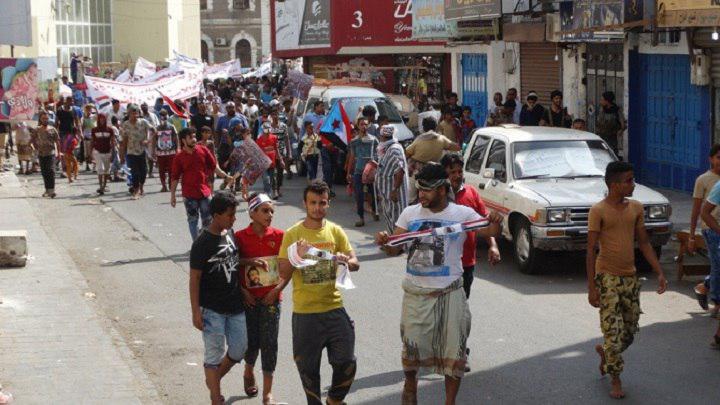 Thousands of people from the province of Aden in the center of the city of Cretter went on a mass demonstration on Saturday, demanding the departure of the forces of the UAE-Saudi coalition from the southern occupied provinces.

The demonstrators carried banners with slogans denouncing the violations of coalition forces in the region and demanding their exit from the province.

It is worth mentioning that southerners have increased their protests against the coalition, after the deterioration of the currency, the high prices in the market and the extreme humiliation of citizens, along with the spread of terror and insecurity within southern provinces.