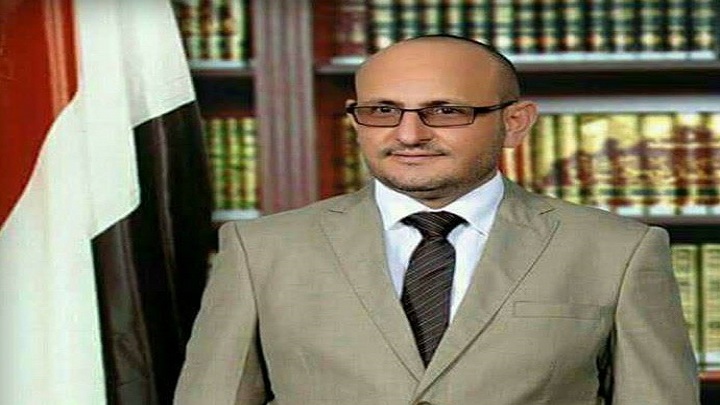 Lahj Governor: The South Has Begun Its Protests and It Will End by Liberating the Land and the People

Governor of the province of Lahj Ahmed Jerib, said that the forces of invasion and occupation, represented by Saudi Arabia and the UAE, use military forces against civilians within southerner areas and commit the worst violations against them, pointing out that the crimes committed against the people of the south falls within the framework of war crimes and extermination.

Jerib has pointed out in a statement to al-Masirah website that the countries of the aggression on Yemen have used all methods of repression and abuse against the free people of the South, and today, the coalition must bear the price of brutality and punishment against the South, where now popular angry movements have started in all southern provinces, stressing that these demonstrations will come to an end after liberating the land along with the people in the south from the forces of aggression and occupation.

He stressed that huge protests were witnessed in the past few days by the southern provinces, where they refused the starvation kind of policy; thus, southerners have been trying to kick out UAE-Saudi force out of the region.

Governor Jerib said that he totally support all protests and movements that go against the Saudi aggression, where he called the ones who support the aggression as cheap tools for the occupation, who have abandoned their national identity.

He renewed his call for the people of the South seduced by the forces of aggression, who are taking his fight in the west coast, calling for their immediate withdrawal from those fronts that have drained the lives of many of the southerners. Instead, he called them to join the southerners who seek freedom and liberation from the countries within the Saudi coalition.

“You are fighting for the United Arab Emirates and dying for their ugly colonial ambitions to occupy the southern region of Yemen, where the UAE has already turned Aden and other southern provinces, especially Aden and Mukalla, secret prisons for the ones who go against their standards, where more than 18 secret prisons were reported to be found in these regions.

Jerib also called on all the people of Yemen to support the fronts with men to not rely on the United Nations and the international community to stop the American-Saudi aggression, especially as the enemy does not want peace, in addition to the obvious deficit of the United Nations.