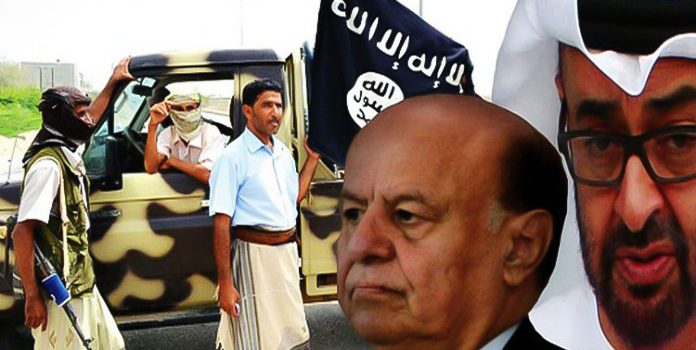 Aden city, which was occupied by the UK but now under the control of UAE, and the rest of the southern cities witnessed an insecurity situation that increased the suffering and rejecting the US-backed Saudi-led coalition campaign on their country.

Residents of Mahra province, eastern Yemen, on Tuesday, vowed to respond to Saudi practices after issuing a warrant for the arrest of former deputy governor, Sheikh Ali al-Harizi.

The coalition forces officially directed the Saudi forces in Mahra to arrest al-Harizi against the backdrop of his opposition to the Saudi military presence in the province.

Al-Harizi is one of the founders of the Mahra and Socotra council. He worked to escalate the rejection of the Saudi existence and to mobilize Mahra tribes to counter the Saudi military forces in the province.

Notably, the last batch of Emirati forces, who had served in a coalition military coalition in Yemen’s eastern province of Mahrah, have arrived home after the Abu Dhabi regime ordered them to withdraw on September 22.

A local resident told reported from Socotra that the coalition forces deployed, on Tuesday, in wide swaths of Socotra Island’s Archipelago, calling on the local, international and humanitarian organizations to stop these practices.

They said the situation could lead to a health catastrophe, blaming the local authorities of the former fugitive Yemeni president, Hadi, loyal to the coalition.

A new investigation by Associated Press has found that the coalition waging a war on Yemen has secured secret deals with al-Qaeda terrorists in the violence-wracked country, recruiting hundreds of its militants in the ground operations against the Houthi Ansarullah movement, part of the Yemeni army forces.

In March 2015, the US-backed –Saudi-led coalition started a war against Yemen with the declared aim of crushing the Houthi Ansarullah movement, who had taken over from the staunch Riyadh ally and fugitive former president Abd Rabbuh Mansur Hadi, while also seeking to secure the Saudi border with its southern neighbor. Three years and over 600,000 dead and injured Yemeni people and prevented the patients from traveling abroad for treatment and blocked the entry of medicine into the war-torn country, the war has yielded little to that effect.

The southern areas controlled by the coalition forces are witnessing chaos, insecurity and the spread of the Takfiri groups with an expansion of their activity. Besides the increasing of assassinations, bombings and clashes between militants fighting for influence among them.

For the First Time, Joint Operation Between the Missile, Artillery Units, and Air Force Take Place in Yemen’s Marib