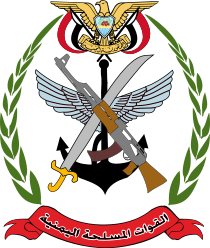 Children Being Forced into Battles by the Saudi Coalition in Yemen: DoD

The Ministry of Defense stressed that Saudi-led aggression entices children to obtain jobs and salaries by bringing them to the front lines, battles and crematoria; thus, violating international laws and humanitarian norms.

The head of the Department of Moral Guidance at the Ministry of Defense, Brigadier General Yehia Saaree Kassem, said that the Defense Ministry leadership and the chief of staff deal with these young children with great care and treats them as victims of delinquency who have nothing to do with the fightings and are being held in safe places, surrounded by security and care. After that, we clarify the facts to them that they were victims of the Saudi coalition, who seduced them and tried to push them to the crematoria of death if they had not been safely taken away by the army and the People’s Committees.

According to Saba news agency, the Brigadier General said that a number of children have been detained, some of whom were detained by the army, the popular committees and the security services after they were arrested in a number of military and security points while they were on their way to coalition military camps. Many of the children were handed over to their families through the Red Cross and the United Nations Children’s Fund (UNICEF), who praised the move taken by the army and the People’s Committees.

Brigadier Saree pointed out that the actions of the coalition of aggression and its mercenaries in misleading the media by saying that recruitment of children is being done by the army and the popular committees are merely attempts to cover up their ongoing violations of international humanitarian law and to cover up their crimes against the children, who many of which had been recruited and sadly killed in the fronts within the Saudi aggression side.

The general also pointed out that a number of children who were detained by the army and people’s committees reported confessions about the lures and deceit that they were exposed by the coalition forces.

UAE Buys Western Militants, Including Colombians and Nepalese to Fight in Yemen