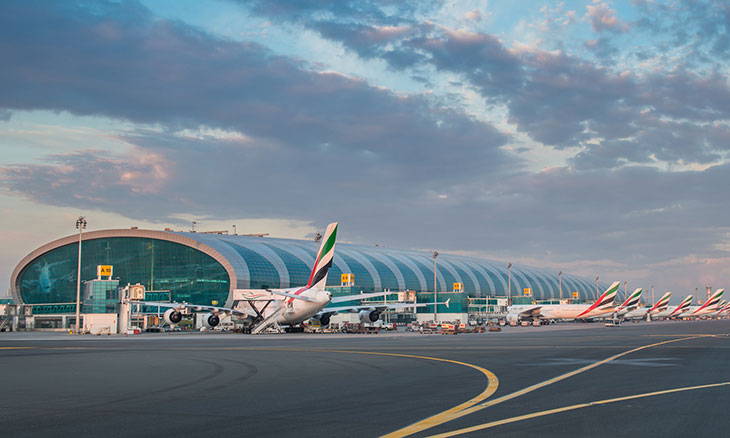 Yemen’s air force declared, on Sunday, an aerial attack with a series of riads on Dubai International Airport.

According to a source coming from the air force, a “Samad 3” combat drone carried out a series of raids on Dubai International Airport, which is more than 1,200 kilometers (745 Miles)away from Yemen.

This is the second time that Dubai has, the economic capital of the UAE, has been targeted by the Yemeni air force for being a part of the aggression on Yemen, where it has committed hundreds of crimes against Yemenis for nearly four years.

On August 27, a Yemeni combat drone launched several air raids on Dubai International Airport with the same type of drone.

On July 26, Yemen’s air force conducted a series of raids on Abu Dhabi International Airport with a Sammad-3.