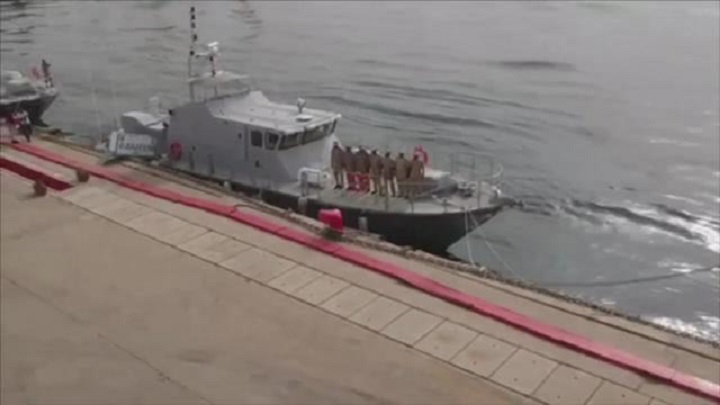 The US-Saudi aggressive coalition has approved on Sunday, the operation that was taken by Yemeni navy on the Saudi port of Jizan on Sunday morning, which destroyed Saudi military boats in the port and causing considerable material damage.

On Sunday morning, September 30, 2018, the Yemeni naval forces along with the coastal defense forces announced the implementation of an operation that targeted a bunch of Saudi boats affiliated with the Saudi border guards inside the port of Jizan.

A source reported from the naval forces that the operation caused dermatic losses and the burning of a number of military boats during the attack.

It is noteworthy that before the attack that took place within the port of Jizan, series of raids were carried out by a Yemeni combat drone, type Sammad 3, which targeted Dubai International Airport located more than 1200 Km (745 miles) away from Yemen.

Although the UAE has denied the offensive on its airport, various international sites who monitor air traffic in thousands of airports, recorded that there were confusion and delay of flights from and to Dubai international airport, where some flights were also canceled during the Yemeni attack on the airport.

The Saudi-Led Coalitoin Has Put Yemen 100 Years Back in Time: French Webiste