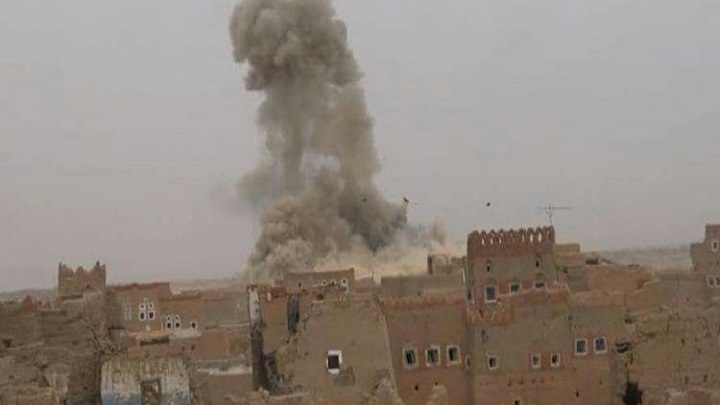 A civilian was injured when the mercenaries affiliated with the Saudi aggression randomly bombarded areas within al-Mutoon village in al-Jawf province.

In a preset time, Saudi jets along with artilleries used by its mercenaries targeted citizens’ homes and property in al-Mouatneen in Rahub area, district of the Burat al-Anan, causing widespread destruction in homes and property.

These crimes come in the context of the crimes that are being committed by the coalition of aggression against Yemenis in different Yemeni regions for nearly four years.

An Outdoor Assembly Condemning the Saudi Aggression in Yemen