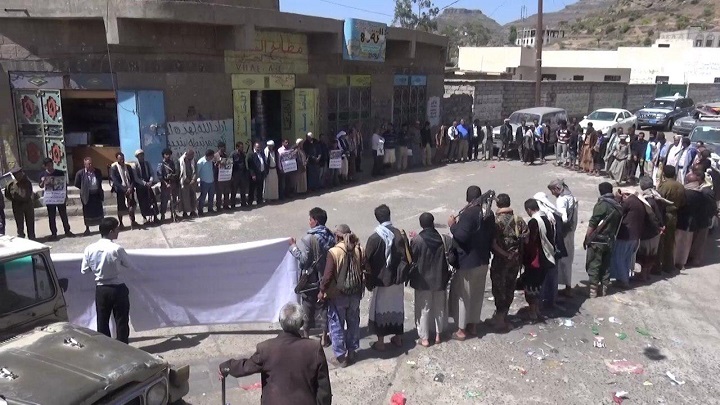 An Outdoor Assembly Condemning the Saudi Aggression in Yemen

The local authority in the district of al-She’er in the province of Ibb held a protest to denounce the international silence over the Yemeni issue, who are being subjected to an economic war and a devastating siege by the Saudi-led aggression.

In the event, which was attended by the Director General of the district, Radwan Nasafi, many speeches were given that indicated the brutal aggression, after it has failed to achieve victory militarily and facing tons of losses by the Yemeni army and the people’s committee, it is not trying to win the war economically by punishing the entire Yemeni people.

People of Hajjah Denounce the Saudi Committed Crimes in Yemen