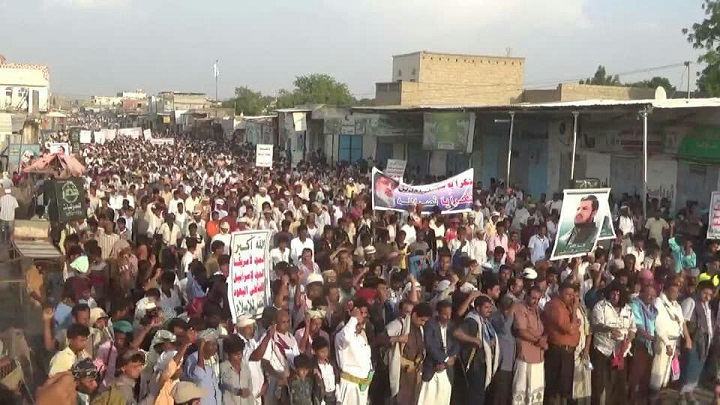 The people within the northern square of the province of Hodeidah organized, on Saturday, a mass rally in the commemoration of the martyrdom of Imam Zaid, in addition, to condemn Saudi crimes in Yemen.

During the demonstration, speeches were given which expressed the greatness of Imam Zayd and his revolution against injustice, tyranny.

The words stressed learn the lessons from the life of Imam Zayd in confronting the Saudi-led aggression, who has killed, injured, and displaced millions of the Yemeni people.