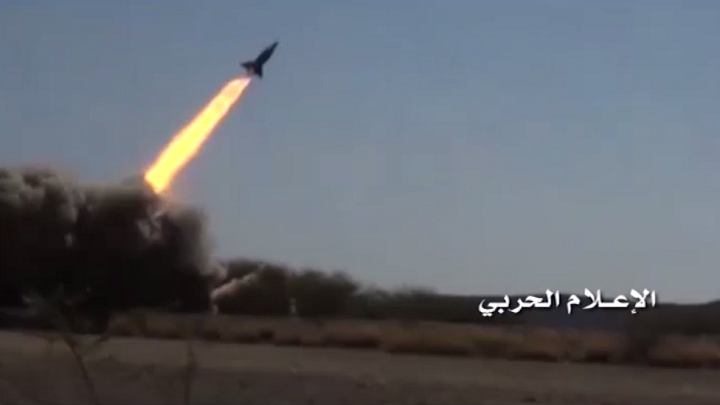 The missile force of the army and the popular committees launched on Friday, a short-range ballistic missile on the artillery arsenals affiliated with Saudi-paid mercenaries in the district of Nihm, Sana’a governorate, which caused great losses in the ranks of the Saudi aggression.

The missile force fired a short-range ballistic missile aimed at arsenals of artillery of the mercenaries of the Saudi-led aggression, a military source reported.

The source confirmed that the ballistic missile has hit his target accurately, causing a vast amount of losses in their ranks and the destruction on many ammunition.

Earlier in the day, the artillery unit in a joint operation with the air force bombarded several sites of the mercenaries of the Saudi aggression in a Nihm.

The missile force fired a ballistic missile of the type Bader-1 on the gathering of the Saudi paid mercenaries in Asir.

Oct. 8 of every year, renew grief of families of the grand hall massacre in Sana’a