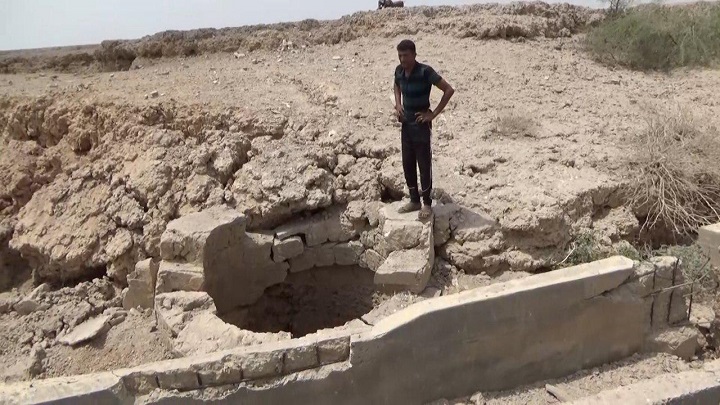 The US-backed Saudi-led coalition has targeted on Friday a water well used by civilians for drinking on the island of Kamran, Hodeidah coastal governorate.

Saud-led jets destroyed a water well in the island of Kamran by an aerial raid, a local source reported.

In August, Saudi-led military aircrafts destroyed five water wells with five aerial raids on the island of Kamran, where then Hodeidah Water Establishment issued a statement declaring that the Saudi aggression destroyed 10 water wells and reservoirs to collect rainwater and damaged 4 other wells, resulting in cutting off of drinkable water of more than 800 families on the island.

The targeting of water wells and reservoirs on the island of Kamran by the Saudi-led aggression is aimed at forcibly displacing the citizens and depriving them of their homeland. Such an attack is considered a war crime and genocide against the citizens.