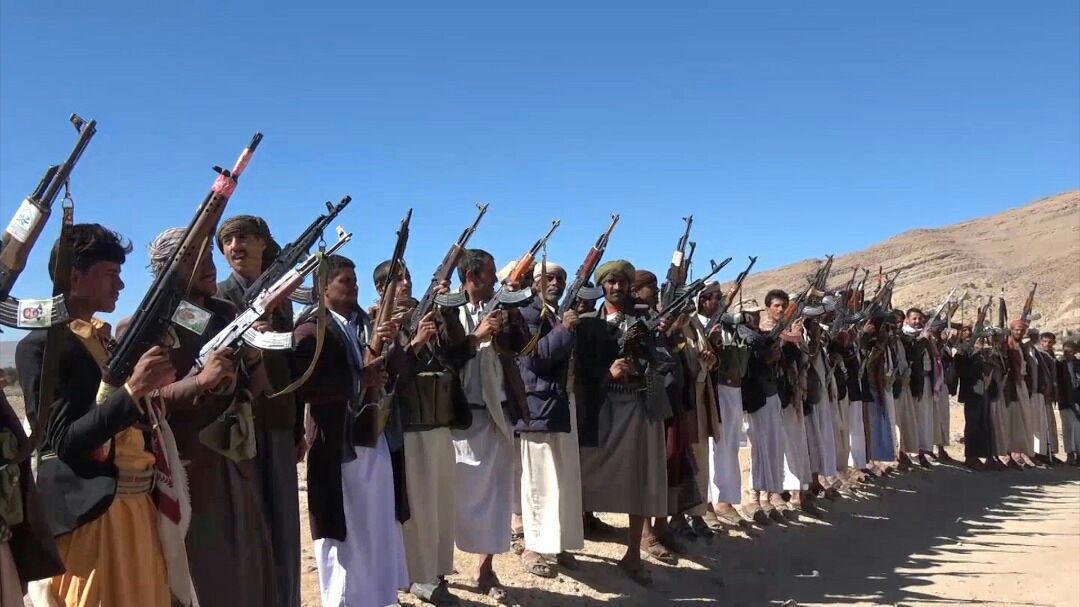 Residents of Thala city of Amran province organized a protest rally to condemn the war crimes committed by Saudi-led coalition fighter jets in Sawan area of the capital Sanaa.

At the rally, the tribes denounced kidnapping of women in Tuhaytah area of Hodeidah.

The participants stressed on the importance of uniting the internal fronts to deter the coalition and its plots that target Yemen.

The rally called on the UN to take responsibility for the catastrophic consequences and the worsening humanitarian crisis caused by the coalition’s war and siege on Yemen.

One of the latest horrible crimes committed by coalition’s airstrikes is the crime of Sa’wan, it killed at least 13 schoolgirls and injured dozens of others in the capital of Sana’a, April 7, 2019.

In March 2015, the US–Saudi coalition started a war against Yemen with the declared aim of crushing the Houthi Ansarullah movement, who had taken over from the Riyadh ally and fugitive former president Abd Rabbuh Mansur Hadi, while also seeking to secure the Saudi border with its southern neighbor.