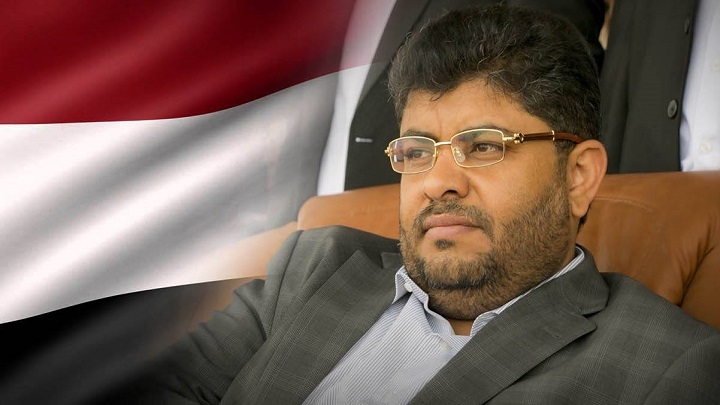 Houthi: “Trump’s Veto” Confirms That the War Is an External Aggression

A member of the Supreme Political Council Mohamed Ali al-Houthi said that “veto” of US President Donald Trump confirms that the war on Yemen is not classified locally but external aggression.

“Trump’s veto proves the full adoption of terrorism, criminality, its production and preservation contrary to what the US administration claims to fight,” al-Houthi said in a tweet.

The head of the national delegation, Mohamed Abdel Salam, said earlier that the veto declared by Trump against a bill that could’ve ended the US support for the Saudi-UAE aggressors on Yemen condemns America for all what have committed from massacres and unjust siege against Yemenis.

Abdel Salam added that America is a country not only involved in the aggression on Yemen, but the deciders of war and the others follow and implement its wishes and ambitions.

April 17: Saudi Crimes in Yemen Updated on a Daily Basis

(Exclusive) for the First Time, an Interview with Sayyed Al-Houthi on Al-Masirah Arabic Channel Today