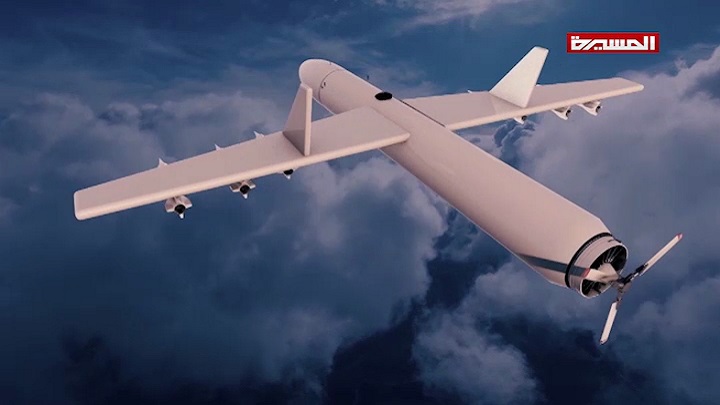 The Air Force of the Yemeni Army and Popular Committees launched an airstrike Wednesday with Qasef K2 drone targeting gatherings of Saudi army in Al-Rabwa area of Asir front.

A military source told Al-Masirah Net that the attack hit its target accurately, confirming the deaths and injuries of a number of enemies.

Domestically-developed Qasef K2 combat drone explodes 20 meters above the center of the designated target and scatters widespread pieces of shrapnel in a circular area with a radius of 80 meters long and 30 meters wide.