Saudi Arabia has announced its decision to deploy US forces on its territory once again, claiming that the decision was taken to strengthen security and stability in the region, CNN has reported in a preset time of Washington’s intention to send 500 troops to Saudi Arabia to be stationed at Prince Sultan base south of Riyadh for the first time since 2003.

The official Saudi Press Agency on Friday quoted an official source in the Ministry of Defense as saying that King Salman bin Abdul Aziz had agreed to host US troops on its territory.

Moreover, the Saudi king says that the decision came from the joint cooperation between the Kingdom and the United States and their desire to “strengthen the security and stability of the region,” as he put it.

The US Defense Department quickly confirmed the move and said the acting United States Secretary of Defense, Mark Esber, authorized the sending of troops and resources to Saudi Arabia. The ministry added that the move provided an “additional deterrent” in opposing threats.

The US Central Command said that in the light of recent events in the region, the United States is developing a military operation under the name of “Guardian” and Washington will coordinate its moves in the process with its allies to protect waterways and ensure freedom of navigation in this vital area.

Riyadh and Washington did not disclose the number of US troops to be sent to Saudi Arabia, but US media had said the operation would involve sending about 500 US troops to Saudi Arabia. This comes as the US desire to increase its troops in the middle east as it was announced by the Pentagon last month.

On the other hand, the US Defense Department announced that the US company “Lockheed Martin” won a contract to sell the “THAAD” missile system to Saudi Arabia.

The US troops return after 16 years

The US military presence in Saudi Arabia ended officially after US officials handed over Prince Sultan Air Force Base to their Saudi counterparts on August 26, 2003, in a farewell ceremony.

That air force base played a key role in Washington’s regional strategy, where the US once deployed more than 60,000 American troops. After more than 16 years of absence, and in an escalating state of tension with Iran, the announcement of the return of US troops to Saudi Arabia came from Washington first before being announced from Riyadh, where a CNN report earlier reported that Washington was preparing to send hundreds of Soldiers to Prince Sultan Air Force Base, located in a desert area east of the Saudi capital Riyadh.

The CNN report indicates that there are currently a few soldiers on-site to prepare for the reception and operation of battery Patriot defense system, and the development of a runway in preparation for the arrival of fighter bombers.

News of sending US troops to Saudi Arabia comes a day after the US House of Representatives voted in favor of three legislation banning the sale of smart bombs to Saudi Arabia and the UAE over the country’s human rights abuses and targeting civilians in the war on Yemen. 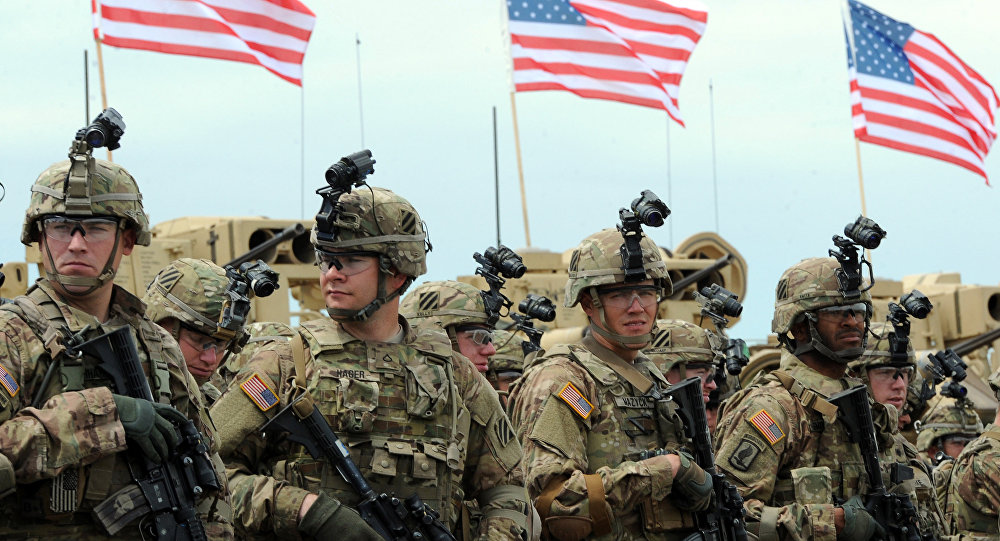 Saudi Arabia has not received US troops since 2003 when it predominantly withdrew after the end of the Iraq war.

The US forces continued to deploy in Saudi territory for about 12 years after launching the “Desert Storm” operation, which aimed for the removal of Iraqi forces from Kuwait after its invasion in 1990.

About 200 US warplanes were stationed at Prince Sultan bin Abdul Aziz air base, 80 kilometers away from the Saudi capital of Riyadh during the Iraq war.

During the Iraq war, US forces conducted about 2,700 operations a day and were led by the US Central Command in Saudi Arabia at the time.

Relations between the United States and Saudi Arabia remained close and cooperative until 9/11, which included airstrikes on a number of vital buildings in the United States, planned by Saudi-born Osama bin Laden, the al-Qaeda leader at the time. 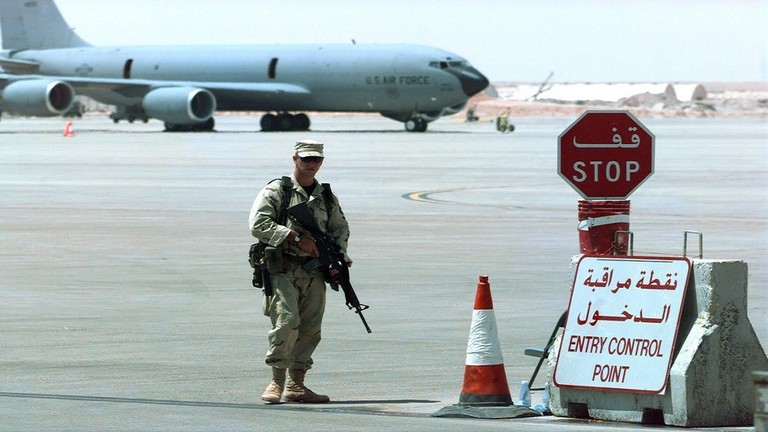 After 16 years, America returns to Saudi Arabia under the pretext of security .. What kind of security are they talking about?!

In the same context, the journalist and researcher of international affairs, “Mohammed Shams” stresses that the formation of an international naval force in the Persian Gulf is a threat to security and ships in the passing by the gulf.

“America is afraid to enter into a unilateral confrontation with Iran and wants to form a force called the International Maritime Force. Britain is the only country so far to have announced its accession to the force,” Shams said during an interview on “With the Event” program.

He added that America’s first goal is to blackmail the Persian Gulf states in the region and also to take large sums of money from Saudi Arabia and the UAE, especially after the ship bombings in the port of Fujairah. The second goal is to control and intimidate Iran.

This move is translated in another sense in light of the developments in the Persian Gulf on the one hand and fears of the UAE withdrawal from Yemen, which will put the Kingdom in a critical situation, on the other.

The New York Times believes Saudi Arabia is counting on US military support to fill the vacuum created by the UAE’s decision to drawdown most of its troops from Yemen.

The newspaper quoted diplomats familiar with the matter as saying Riyadh had asked Washington to increase its support for the Saudi-led coalition in Yemen.

In addition, the Diplomats said the kingdom hoped to get more intelligence from the United States and that Washington would deploy special forces and military advisers in Yemen as well as logistical support and arms exports to the Saudis.

The newspaper pointed out that the drawing down and redeploying troops by the UAE caused a severe blow to their Saudi alliance, especially that the participation of Saudi Arabia in the war on Yemen was limited to frequent air operations, while the UAE forces had an almost prominent role on the ground.

July 22: A Daily Update of the Saudi Crimes Against Yemen