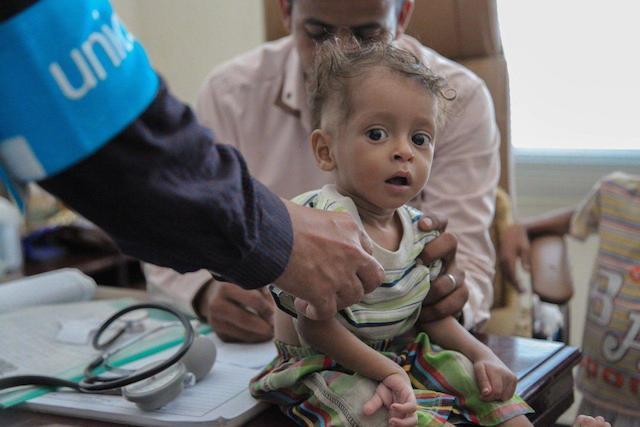 The United Nations has for the third year put Saudi Arabia and its allies in their military campaign against Yemen in the world body’s blacklist of child killers,

According to a report by United Nations Secretary-General Antonio Guterres, in 2018, the Saudi-led coalition fighting in Yemen killed or injured 729 children, nearly half the total child casualties of the year.

The UN chief’s report, which was presented to the Security Council on Friday, also states that Palestinian casualties caused by the Israeli regime, mainly it’s military, hit a four-year high in 2018.

The report shows that 59 Palestinian children were killed – 56 by Israeli forces – and another 2,756 were injured last year.

Guterres urged “Israel to immediately put in place preventive and protective measures to end the excessive use of force”.

“I condemn the increasing number of child casualties, which are often a result of attacks in densely populated areas and against civilian objects, including schools and hospitals,” Guterres said in the report, produced by UN Children and Armed Conflict envoy Virginia Gamba and issued in Guterres’ name.

The report does not subject those listed to action; however, it shames parties to conflicts in the hope of pushing them to stop killing children.

Diplomats say Saudi Arabia and Israel both have exerted pressure in recent years in a bid to stay off the list, but no to avail.

In reaction to the Friday report, Saudi Ambassador to the UN Abdallah Al-Mouallimi claimed that “every child’s life is precious” to Riyadh, and questioned the sourcing and accuracy of the report, describing the numbers as “exaggerated.”

His claims come as over 80,000 Yemeni children under five years have died as a result of severe malnutrition caused by the Saudi-led coalition’s aggression against the people of Yemen, Guterres cited a report as saying earlier this year.

The war that began in March 2015 has so far killed thousands of Yemeni women and children and destroyed Yemen’s infrastructure.

The Yemeni Health Ministry announced in a report on Friday that one Yemeni child is dying of malnutrition every 10 minutes. The report, cited by al-Mayadeen TV, said malnutrition has affected 2.3 million children in Yemen during the past five years.

It also pointed to the outbreak of cholera as a result of the Saudi-led coalition’s aggression, saying that children account for 40 percent of the 3,700 people diagnosed with the disease in the war-torn country.

July 26: A Daily Update of the Saudi Crimes Against Yemen

July 27: The Daily Update of the Saudi-Led Crimes Against Yemen