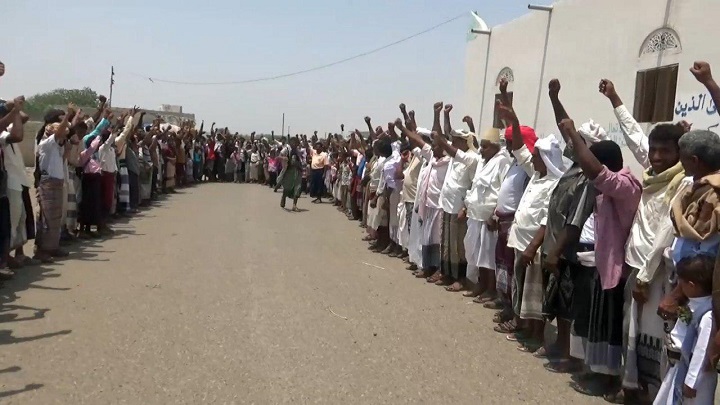 At the protest, participants asserted that mercenaries of aggression do not hesitate to commit the most heinous crimes and practices of violations against the citizens of al-Tuhita.

The participants expressed their suffering from the continued bombing targeting their populated neighborhoods. It has claimed the lives of dozens and injured many of them, they called for a stop to these crimes and demanded the prosecution and punishment to those mercenaries who commit them for the benefit of invaders and occupiers.

PM: We Have a National Vision That Worries Aggression States