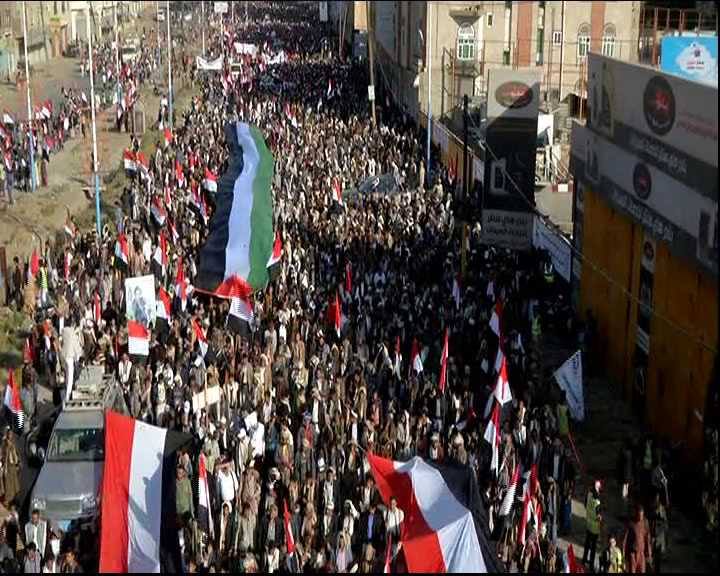 A mass march rally attended by tens of thousands of Yemeni citizens to commemorate the martyrdom of Imam Zaid bin Ali peace be upon him “25 Muharram” in front of Al Kobra hall.

Participants in the march raised the flags of the Republic of Yemen and banners condemning the crimes of the Saudi American aggression against the Yemeni people in a period of more than 18 months, most recently the massacre committed in Al Kobra hall where the Saudi warplanes targeted a funeral procession.

Yemenis chanted at the rally denouncing the imposed blockade and crimes of the Saudi-led coalition against the Yemeni people such as (We will not tolerate this blockade.. arrogant states will fall), ( From Zaid leader of liberals, my people declare mobilization), (the transferred bank and siege will not kneel the Yemen of liberals), (Zaid ally of Quran, you are the title of pride).

The poet of the revolution, Hadi Al Razami, gave a poem which addressed the principles of Imam Zaid’s revolution and and the link between Yemeni people to these principles, which trembled the oppressors, and compared past dictators and tyrants of the current era.

Moreover, a nasheed or a blaring song was played by Ansarullah band urged to draw inspiration from the lessons of the revolution and Imam Zaid’s sacrifice in order to gain freedom and to face occupiers and colonialists. 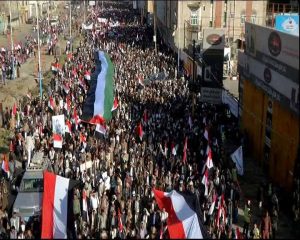 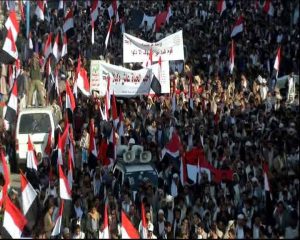 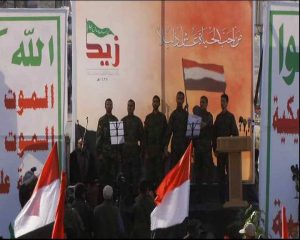 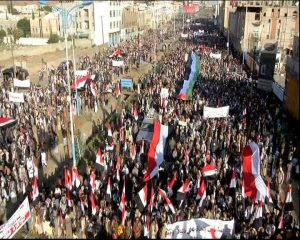 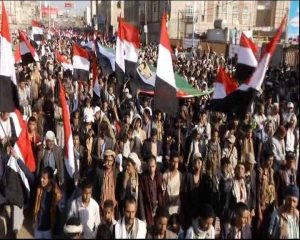 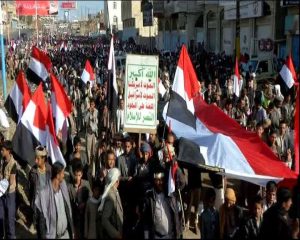 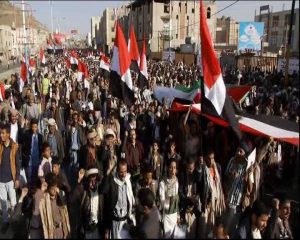 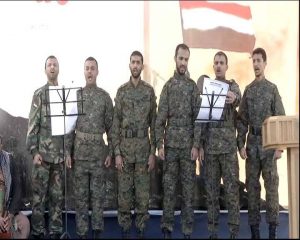 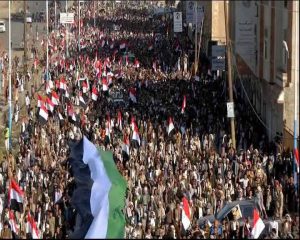