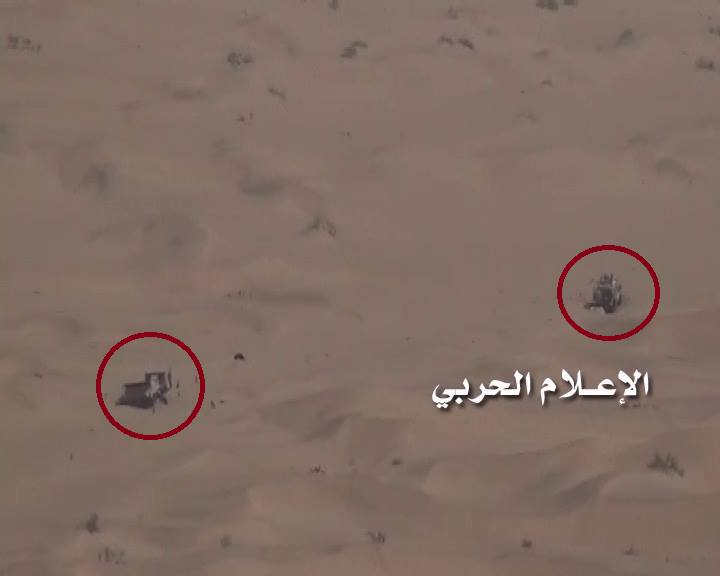 Scenes distributed by the Yemeni military media today show the Yemeni army and popular committees successfully repelling the Saudi attempt to progress on field. The military operation caused the destruction of a number of Saudi military vehicles in the district of Assylan in Shabwa, according to the scenes. 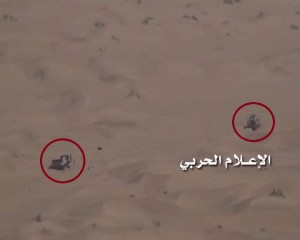 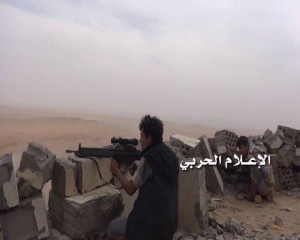 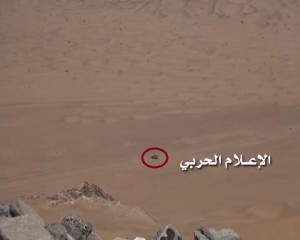