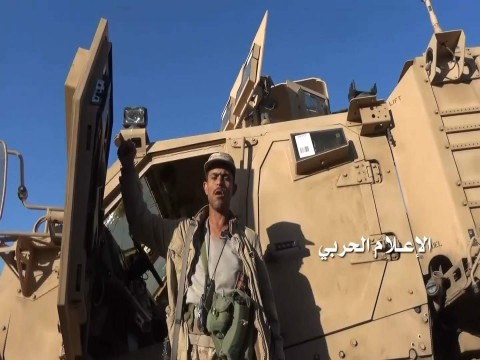 The Yemeni army and popular committees targeted a Saudi military vehicle today in the site of Al Masyal in Asir, leading to its complete destruction.

On the other hand, the artillery force aimed at Saudi sites in Al Shabakah, Sawdna village and Madrasah Khawba.

These military operations function as a response to the constant war crimes committed by the US-backed Saudi coalition against Yemeni civilians.

Yemeni Civilian Killed by a Saudi American Raid in Saada