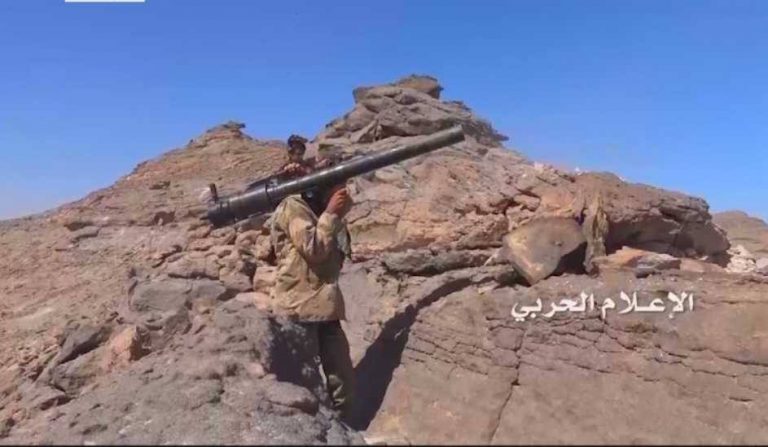 The missile force of the Yemeni army and popular committees launched today Katyusha missiles targeting the surveillance of Saudi Sudaiss site in Najran.

Earlier today, Yemeni missiles also aimed at the gatherings of Saudi soldiers in Al Shabakah site by Katyusha missiles. In addition, sites of Masyal and Hajla have been successfully targeted.

Moreover, Yemeni forces ambushed yesterday Shdeeb site that is located in the north of Shabakah site, Najran, leading to a number of killed and wounded among Saudi ranks.

Saudi Soldiers Killed in a Repelled Attempt to Advance in Asir