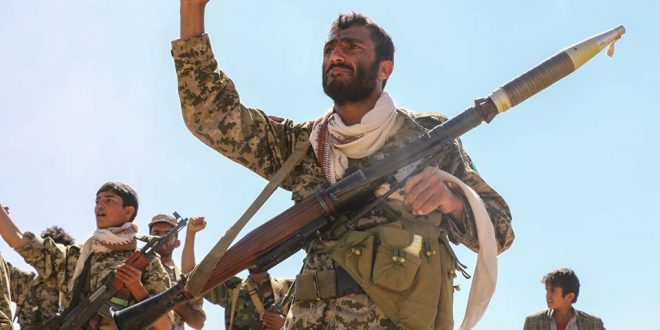 Yemeni forces launched a massive attack yesterday on military sites of the Saudi mercenaries in the front of Ham region, Matoun district. The military operation ended with the Yemeni control of three sites and progress is still seen towards other sites. A large quantity of military equipment was also seized by Yemeni fighters, military source confirmed.

Saudi Mercenaries Killed and Injured by Yemeni Shells in Mariss