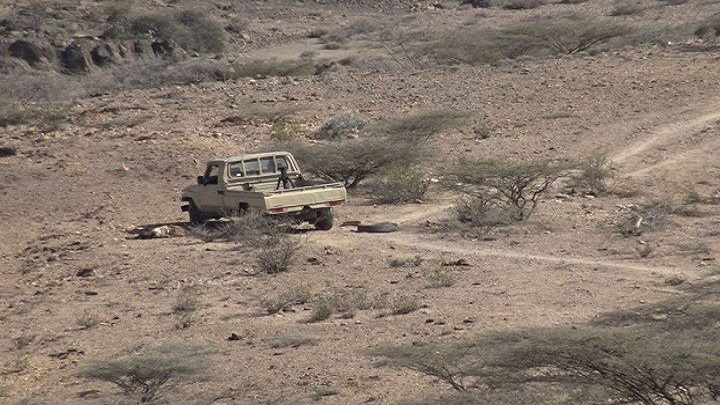 A Saudi Mercenary Killed in Lahj

A Saudi mercenary has been killed today in clashes with the Yemeni army and popular committees on Al Sawda hill, Karish region, Lahj governorate, southern Yemen.