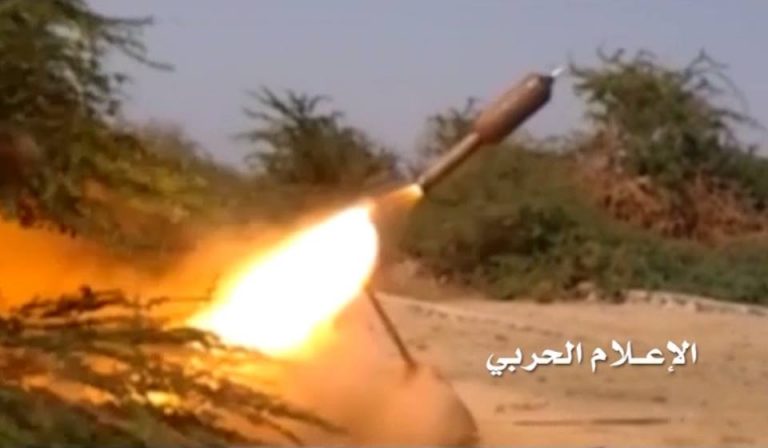 The missile force of the Yemeni army and popular committees launched a Zelzal 1 missile today, which is locally made, targeting groupings of Saudi mercenaries in Harab valley, Khab wa Shaf district, Jawf governorate.

The Yemeni missile hit its target with high accuracy, resulting in deaths and injuries among their ranks, military source confirmed.