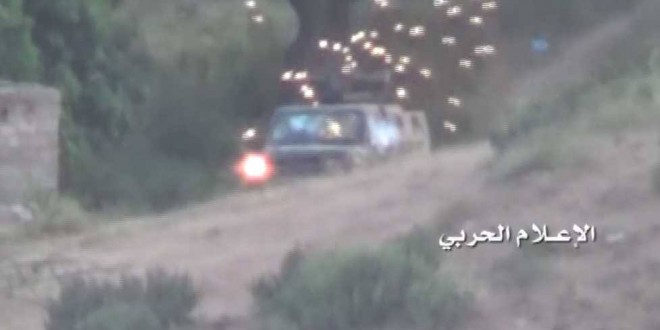 At Least Six Saudi Mercenaries Killed and Injured in Taiz

At least seven Saudi mercenaries have been killed and two others got injured in a military operation carried out by the Yemeni army and popular committees in the governorate of Taiz.

Six Saudi mercenaries have been killed, while two others got injured on the air defense hill of Pierre Pasha, military source confirmed.

In addition, another mercenary was killed on Jarah mountain in Asifrah region, Taiz governorate.

Thirty Soldiers Killed in a Suicide Attack in Aden