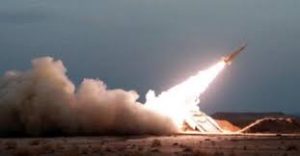 The missile force of the Yemeni army and popular committees launched today a locally made missile of the type “Zelzal 2” on groupings of Saudi mercenaries, Jawf governorate.

Zelzal 2 hit its target with high accuracy, resulting in killed and wounded mercenaries.

In the same context, a number of mercenaries were killed yesterday, including the commander Talib Al Qauh by a landmine explosion in Aslan point, Masloub district.

In a similar incident, 12 mercenaries had been injured last Friday by a landmine explosion in their vehicle in Ghayl district, Jawf governorate.

Saudi Mercenaries and Their Fortifications Targeted in Taiz

About 30 Saudi Mercenaries Killed and 50 Wounded in Taiz