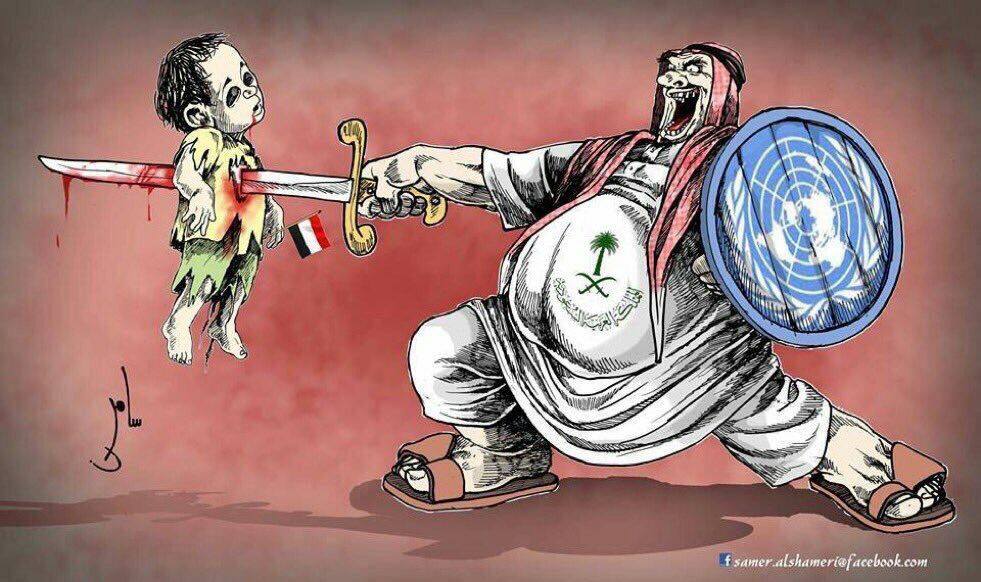 Seven Martyrs of Children and Two Women by Aggression Raids

More than 10,900 civilians killed by US- Saudi airstrikes on Yemen during 20 months of the aggression with silent all the world .

In the same context , he fight jets of the aggression launched more than 11 raids in saada province and targeted the property of citizens in different areas .Also, the fight jets waged 3 rids in Al Amri area directorate of Dubab in Taiz.

In addition, the aggression continue targeting the provinces of Yemen and the fighter jets lunched a raid in Ibb province targeted a citizen home led to seven children martyrs and two women . Moreover, the aggression drooped two cluster bomb and launched  11 raids in Neham.

At Least 10 Saudi Mercenaries Killed and Injured in Taiz