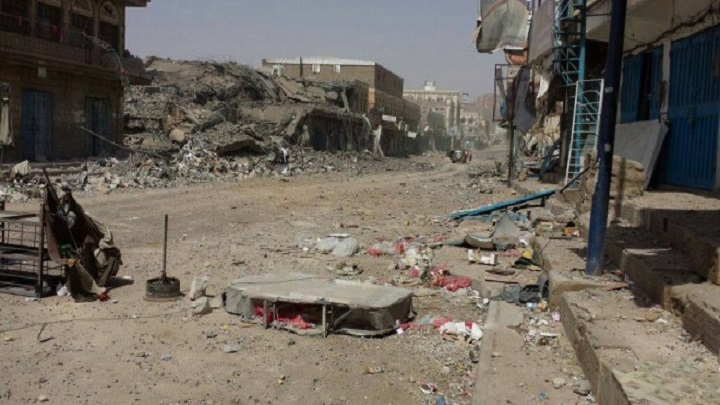 Saudi missile and artillery bombardment targeted Manbh and Qmr districts in the governorate of Saada.

Civilian homes and properties of citizens have been targeted, resulting in serious damage.

In the same context, fighter jets of the US-backed Saudi coalition launched two raids yesterday on civilian farms in Mahdida region, Baqm district, Saada. As a result, one citizen was killed and farms were damaged.