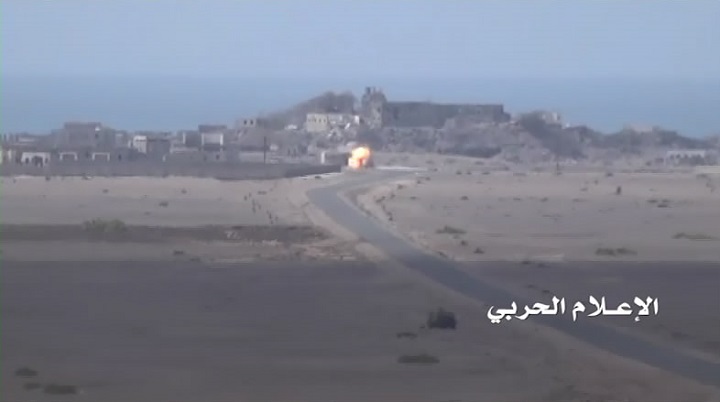 Killed and Wounded Saudi Mercenaries When Targeted in Taiz

A number of Saudi mercenaries have been killed today while others got injured after being targeted in Taiz governorate.

The Yemeni army and popular committees successfully targeted a grouping of Saudi mercenaries using mortar shells south of Dhobab district, towards Bab Al Mandab strait. As a result, several mercenaries have been reported to be killed or injured, military source confirmed.

Earlier today, seven of the coalition’s mercenaries got killed in two different military operations carried out by Yemeni forces in the governorate, where they killed four and wounded another two mercenaries on Al Amdan hill in Dhobab region. Moreover, three mercenaries got killed, towards the Air Defense hill in Bir Basha region.

Victories for the Army and Popular Committees in All Battlefronts